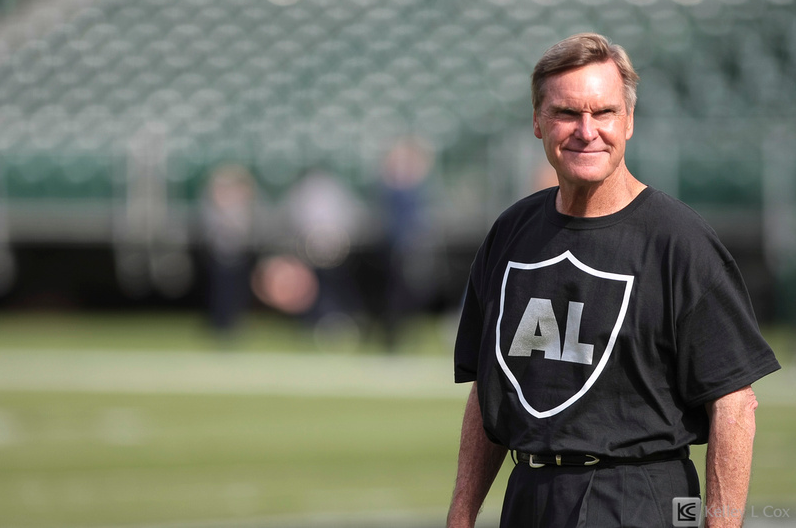 Former Oakland Raiders offensive coordinator and senior offensive assistant Al Saunders has decided to retire, turning down an opportunity to work with the Raiders in their front office.

Former Charger Head Coach Al Saunders retiring. Has turned down a Raiders front office job. He taught me TONS when I coached with SD!#thanks

Saunders first joined the Raiders in 2011 when he was hired as offensive coordinator under then-head coach Hue Jackson. He did not get play calling duties. However, many in the organization thought highly of him and the work he did with the passing game — so much so that when Jackson was fired after the season, the team brought Saunders back as a senior offensive assistant and passing game coordinator.

Saunders remained with the team until the most recent coaching overhaul. At that point, the team decided not to offer him a position on the coaching staff. He went on to interview for a few different coaching positions around the league but was not able to land a new job. Some thought last season that he might replace Tony Sparano and become the team’s next head coach, but instead that position went to Jack Del Rio.

Though it was never announced, it appears the Raiders offered him a chance to remain with the team in a front office role. It is not known what his role with the team would have been, but those around the organization clearly thought highly of him and wanted to give him the opportunity to keep working in football.

It’s not surprising that the Raiders offered Saunders a job in the front office despite not wanting him on the coaching staff, and not just because of his first name. There is a saying that once you’re a Raider, you’re always a Raider. That saying isn’t always true, just ask guys like JaMarcus Russell and Rolando McClain, but the general gist of it is that many former Raiders will remain in contact with the team, if not remaining employed by the team. Take John Madden for example, who was instrumental in the most recent head coaching search. Mark Davis is also known for having his owners box full of former Raiders players every Sunday.