It was the crappiest great year, or the greatest crappy year. However you want to remember it, there’s no mistaking that the Bay Area was the epicenter of the sporting world. I’m reminded of this whenever I see someone for the first time in a while and they say something to effect of “Never a dull moment for you, I bet!” Unfortunately, the constant churn of historic and dramatic moments didn’t translate to the same highs we’ve seen in recent years.

Local residents are allowed to kvetch as much as we like, but it doesn’t mean folks from anywhere else on the planet will lend a sympathetic ear. Oh, the traffic is more intense and unpredictable than ever, while the housing prices make it seem like it’s impossible to live comfortably unless you’re a tech millionaire or come from family money? Well, the weather is also optimal for humans, there’s tons to do and even more places to eat, and natural beauty is within an hour’s drive of just about everyone.

It’s the same with sports. Other than the inability of a certain football team to finish the job, we’ve had a run similar to what Boston became loathed for in the 2000s. Mostly because the Giants won three titles over a five-year span, which theoretically should prevent their fans from whining until 2024 at the earliest. (Ha!)

Sigh. No one wants to hear us complain. Luckily for you, this is a local sports blog that isn’t beholden to a corporation or fans who live elsewhere, so we can commiserate over a year that was, let’s face it, gut-punchy in many ways. And that’s not in reference to the ever-growing list of beloved celebs who passed, or the presidential election. (Even though, based on vote totals, most of you are still licking your wounds after the rest of the nation essentially told you to take you vote and shove it.)

Prices are high here, but 2016 was painful due to a couple of things: higher expectations, and what-ifs. And it seemed like just about every franchise in the four major pro leagues dealt with highs that were quite high, and lows that will linger for much longer than the highs. The result was a year where we were teased, again and again and … Lew Wolff stepped down! It might not have been 100% fair, but he represented everything bad about the franchise — mostly, their status as a welfare team that never seemed like it was in much of a hurry to accept that they’re probably going to remain in Oakland for the next several decades. Granted, Wolff was the Athletics’ Jed York to John Fisher’s Denise Debartolo York, but there aren’t too many A’s fans who will miss Wolff.

There’s still the minor issue of baseball. The Athletics, who apparently played a full 162-game season in 2016 (a tree falling in the forest comes to mind, although the internet would describe their win total as “nice”), have both a new spokesperson and a new incentive to figure out a way to make a dedicated baseball park happen in Oakland as they found out recently that the revenue-sharing gravy train will stop rolling in a few years. Yet with San Jose not an option, and the city of Oakland not exactly acting like a desperate suitor for any of their teams, there’s always the chance that Fisher could sell the team to someone looking to relocate. Oakland isn’t the only rapidly-growing hipster haven on the West Coast, for example. Going from losing Wolff to losing the team? A’s fans have gone through enough. They don’t deserve to be teased like that, but they know they have to prepare themselves for that scenario. They hired a big-name head coach to replace the York family mascot that served as Jim Harbaugh’s bumbling successor for just one year. It was an unstated admission by Jed: maybe the team was going through a rebuilding period, but they would no longer be boring and a unique identity would quickly be forged.

All we wanted from this team was some fun after Jim Tomsula and Geep Chryst spent a season perfecting their vision of check-down throws and late-game punts while down by two or more scores. Chip Kelly — who teased 49ers fans with a 28-0, nationally-televised pantsing of Jeff Fisher in Week 1 — brought the opposite of fun. At least Tomsula gave us some comic relief and sweated like a man who had something invested in the final product. Are we sure Kelly cares about anything other than his guaranteed money?

Granted, Kelly is a new employee who probably realized early on that his superiors have no idea what they’re doing (he may have realized this before his first interview for the gig, but it’s not like he had many NFL options). As a result, Kelly may feel comfortable that his legacy will not fully be attached to this year’s record. Trent Baalke has built this team completely backwards — quarterback is on the back-burner, while injured players are prized over similarly-skilled ones who happen to be fully healthy. Meanwhile, the Yorks see record profits thanks to a stadium that looks more like a boondoggle for the people of Santa Clara with each passing week. 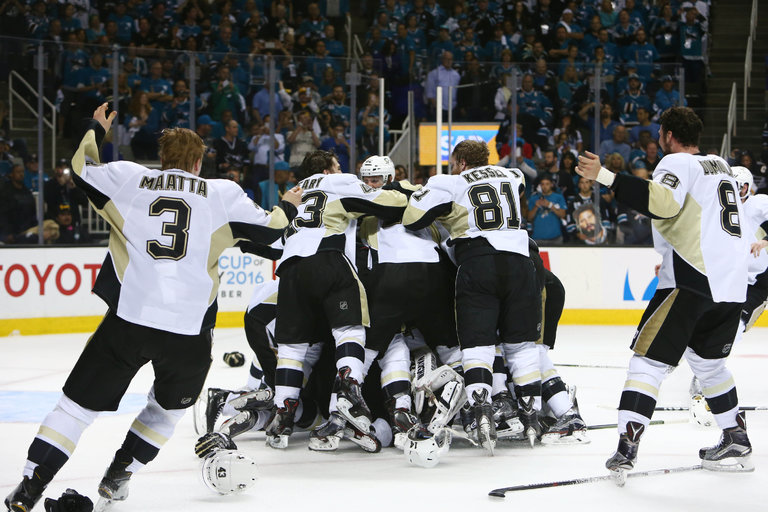 They made it to their first Stanley Cup Final … and lost to a better team. There’s no greater tease than coming up short in a championship series. But considering where this team was a year before, with all of the silly controversies (Drew Remenda, captains, and ice girls)? Yeah, Sharks fans have to be feeling better about how 2016 went than any other local fan base. Game 4 at AT&T signified their biggest postseason tease since Game 6 in Anaheim. Does anyone think the Giants would’ve lost a Game 5 in Chicago with Johnny Cueto (who was incredible in Game 1, save for that one pitch to Javy Baez) starting and Madison Bumgarner looming in the distance like the Grim Reaper with a North Carolina drawl? Even the Cubs knew they were in trouble.

As the Giants fell apart in their final game — with Bruce Bochy wearing out a path from the dugout to the mound and a mentally-fried bullpen collapsing in such a familiar way — Giants fans realized their team was displaying a Cliffs Notes version of the 2016 season for fans throughout the nation to see.

The “#BELIEVEN” thing seemed silly afterward, but Conor Gillaspie and the rest of those bastards gave us hope. Just enough hope to have more faith in that terrible bullpen than should’ve been possible after watching them blow so many big leads throughout the year. What if Bochy had left Matt Moore in to start the ninth? What if he allowed Will Smith to pitch the entire inning (my preferred move)? We’ll never know. For once, a Giants team under Bochy that should’ve lost a postseason series to a better team … did. It would’ve been enough to get two great players in consecutive rounds of a draft, but Derek Carr and Khalil Mack are two marvelous closers as well. The Raiders’ talent, along with a penchant for committing dumb penalties, dropping passes, and missing opportunities, has combined to form a group that’s extraordinarily fun to watch. We never exactly know what to expect from a Raiders game, except that they’ll probably come out on top.

Here’s where the “tease” part of this year comes into play. Wouldn’t it be so Raiders to finalize a move to another state at the moment they finally became good again? The NFL has never been accused of trying to make things easy for the Davis family, so there’s a decent shot that they end up stuck in the Bay Area for another year or ten, perhaps even sharing (and lending some much-needed character) to Levi’s Stadium at some point.

I’m not even sure this section even needs to be written. We know the accomplishments and the ultimate failure. It’s a meme that became so popular, fans in Ohio made it one of their most popular Google searches of the year (and there’s CA again, perpetually drowning in a rising ocean of self pity):

S/O California for most winey google search ever lol pic.twitter.com/CBWfe29zP6

The Warriors set several records and signed Kevin Durant, so no one feels sorry for them. But even after covering win No. 73, with Steph Curry hitting 3-pointer No. 400 and a couple more, and several other wins throughout the regular season and playoffs, here’s what sticks with me.

I covered Game 4 in Cleveland. I had a decent seat behind one of the baskets, about 40 rows up, as LeBron James appeared to lose his mind. He stopped trying to play the kind of nearly-perfect basketball he’s known for, instead jawing with Steph Curry and Draymond Green after the Warriors took a commanding lead in the game (and the series).

At least, that’s all I saw without the help of TV replays. So afterward, when a Cleveland media guy asked James a tailor-made question about the altercation with Green (which I didn’t notice in real time), and James’ response that it would be up to the league office to review what occurred, an odd suspicion flickered in my brain. This was no ordinary dust-up, and James was politicking. The Warriors were set to cruise to a repeat in Oakland. On a pure basketball level, this was his only hope: dirty tricks mixed with the momentum that would ultimately result.

We all know what happened. It was a blur from there. A few nights later, hours after the Warriors lost Game 7, I realized I had left my laptop charger at my media seat in the second level of Oracle Arena. I tried to take an unfamiliar exit, and here’s what I’ll never forget: I was in a daze, walking the outdoor concrete concourse, from the north side to the south side of the Coliseum complex where my car was parked. The cars were passing by on 880, but I heard nothing. I stared at the gold and blue spotlights bouncing off the side of the arena, thinking about how strangely everything turned out. When I look back, that feeling — a numbed, how-the-hell-did-that-happen daze — is what I’ll remember about 2016.

Giants reportedly entrusting left field to Williamson and Parker
Nightengale on Giants: “Starting left fielder isn’t on that team yet”
To Top
wpDiscuz