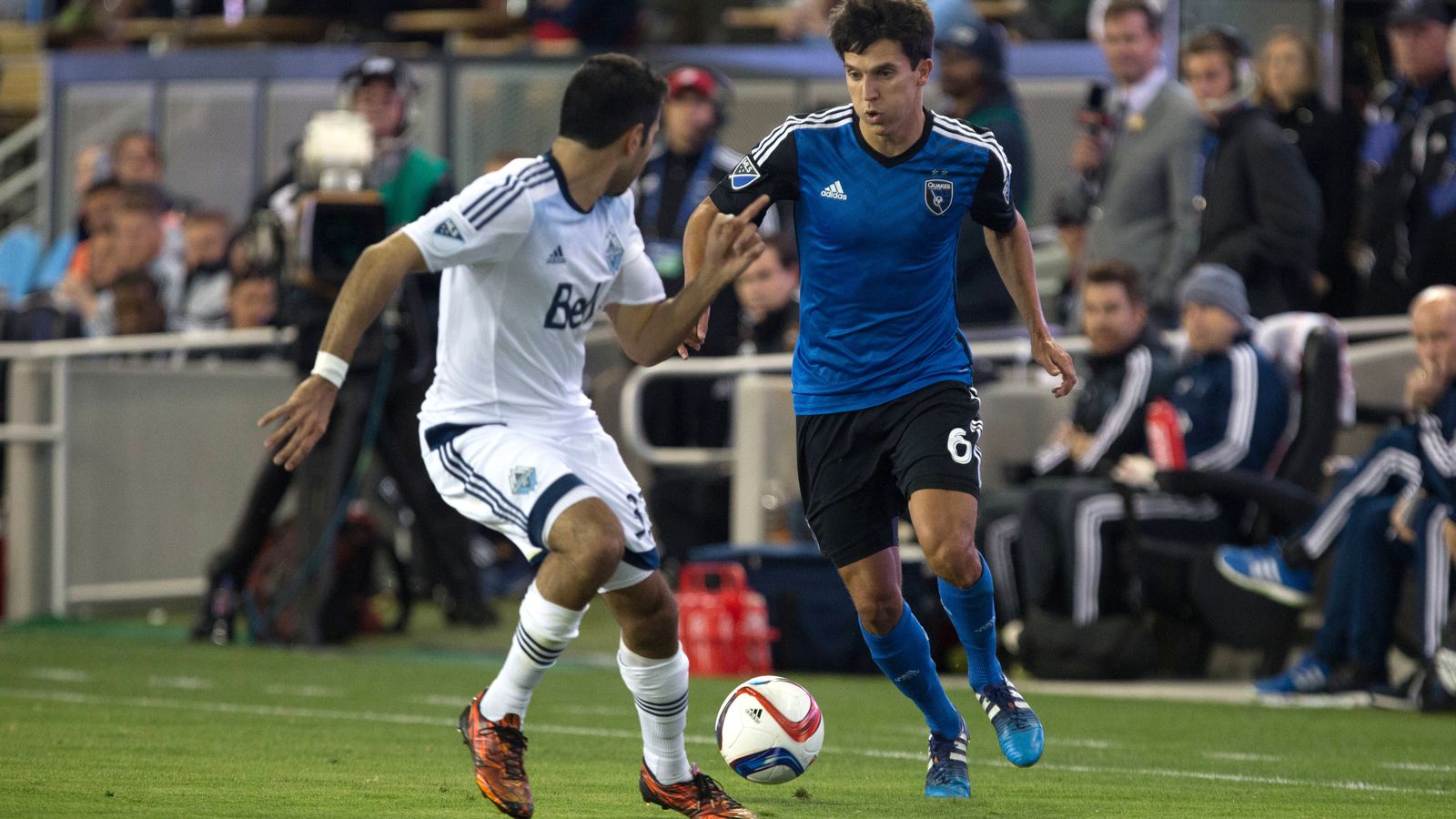 Octavio Rivero came into Saturday night’s match with the league lead in goals (by two), shots (by two), and shots on goal (by four). He exited Saturday night’s match with no goals, no shots, and zero shots on goal. San Jose’s back line played its best game of the year, leading the Earthquakes to a 1-0 victory in front of 18,000. For a team with a 2-3-0 record coming in, a shutout in terms of both goals and, most impressive, shots on goal, was a positive sign.

“I thought the whole back four played well,” Coach Dominic Kinnear said after the game. “Cordell, being a left back, I thought, was comfortable. Everyone talked about their speed before the game started, for us to counter with speed was a good idea. I thought both Marvell and Cordell had good games through the middle. I think Victor and Clarence are playing good together, it’s a pretty solid partnership.”

Vancouver, in it’s third game of the week, looked fatigued, tired, and contained. As a team, Vancouver leads the league in goals, assists, shots, and shots on goal. Individually, Pedro Morales and Octavio Rivero run the Vancouver offense and are largely responsible for those numbers. Morales leads the league in game-winning assists (three), is third in assists (three), and fourth in shots (18). Statistically and collectively, the men only managed a corner kick (taken by Morales) the entire game.

“I thought that our defense played outstanding all year, but to finally get our first shutout is even better. It’s a credit to them,” Chris Wondolowski said. “I thought Victor, Clarence, Marvell, Cordell, Fatai, they all played outstanding. If you’re as dangerous as Vancouver are, and to limit their chances, I don’t know the exact stats, I can’t really remember.”

At that point several writers noted that Vancouver had zero shots on target the entire game, to which Wondolowski continued, “I didn’t want to say it, but that’s what I thought. To limit them to zero shots on goal, that’s unbelievable. Give credit to them because they played well. I’m sure we’ll see a different Vancouver team next time we play them, but I think it’s a credit to our defense — shutting them out that way.”

It was the goal by Sanna Nyassi in the 75th minute that decided the game. A run by Shea Salinas started the frenzied attack. About a yard outside the 18-yard box, Salinas left it Matias Perez Garcia who played it to Cato in the corner of the box near the end line, a swift cut inside by Cato allowed him to shoot a well-struck ball that pinball-ed around box. Blocked by a Vancouver defender, the ball found Salinas who tried to place the ball in the bottom right corner. Once again, the Vancouver defense was able to block the shot before it reached their keeper. Unfortunately for Vancouver keeper David Ousted, however, it found Sanna Nyassi, who drove the ball into the top left corner of the goal.

“It was a great goal by Sanna,” said Wondolowski, “And great play all around. Mattias to Cordell, great cut, great block by Beitashour, it went to Shea — another good shot, pops out to Sanna, I think that just kind of shows you everyone was ready and on their toes, and when it finally came to us we were ready to finish that.”

In the 88th minute, both Adam Jahn and Pedro Morales received red cards for their involvement in an altercation on the pitch. Jahn took a tumble after a shoulder check from Morales. While on the ground, Jahn held the ball in between his legs. Morales appeared to try to kick the ball out from Jahn’s legs. That prompted a reaction from Jahn, a elbow to the shin of Morales/the ball.

“It was a heat-of-the-moment thing,” said Jahn. “I lashed out a little bit. So I got to stop doing that a little bit. But I was very proud of the team, because we left it all out on the field and it really showed.”

Jahn was tasked with anchoring the Earthquake offense against two heavyweights central defenders.

“In watching Vancouver play with Waston and Kah, they’re probably two of the more physical guys, as far a central partnership in the center defense. It was important for him to take his licks today, because he had to to be useful for us. And I think he did that well. He’s a bit of a battering ram, at times, and he keeps his game simple. He provides a great service for us. I think in the second half too, he was taking more two and three touches rather than maybe one or four or five. And that’s why we were having more possession in the field. Obviously, at the end he loses his head a little bit, but I thought the last couple of games he’s helped us out a lot.”

Fatai Alashe had another strong game in front of his hometown crowd. The first round pick is patrolling the San Jose end with aplomb, often in the middle of an opposing team’s attack and drawing penalties, including the first yellow tonight (final tally: 5 yellows, 1 red).

“Quietly, I thought Fatai Alashe had a really good games tonight,” coach Kinnear inserted into his post-game media session. “He was in and around Morales as much as possible, and that’s what we wanted him to do. He broke up a lot of plays.”

Tommy Thompson came on for Matias Perez Garcia in the 80th minute. The San Jose Earthquakes academy graduate stepped on the field with a great round of applause from the Ultras.

National audience watches Wondo, Quakes get shut out at home
99 problems, but a goal ain’t one: Wondo, red card lead Quakes to 2-0 win
To Top
wpDiscuz