It’s been a while since I’ve written about baseball, seeing as the Warriors have taken up a little of my time and we were working on creating a new site and shop (lots of gear related to a certain baseball team in San Francisco is available!) throughout most of the first two months of Major League Baseball’s regular season.

So, something kind of snuck up on me yesterday. As I saw the Giants take an 8-0 lead in the fourth inning over the Brewers, I realized that this team is not just building a healthy lead in the National League West (six games ahead of the Dodgers), but they were going to push their record to 41-26. Which means they’re on pace for 99 wins.

This shouldn’t be so alarming, since at the beginning of the season I compared this team’s talent level to the 1993 Giants, a team that went 103-59 and was famously left out of the postseason before the Wild Card was instituted a year later. But, truth be told, the 2016 Giants haven’t looked that imposing. 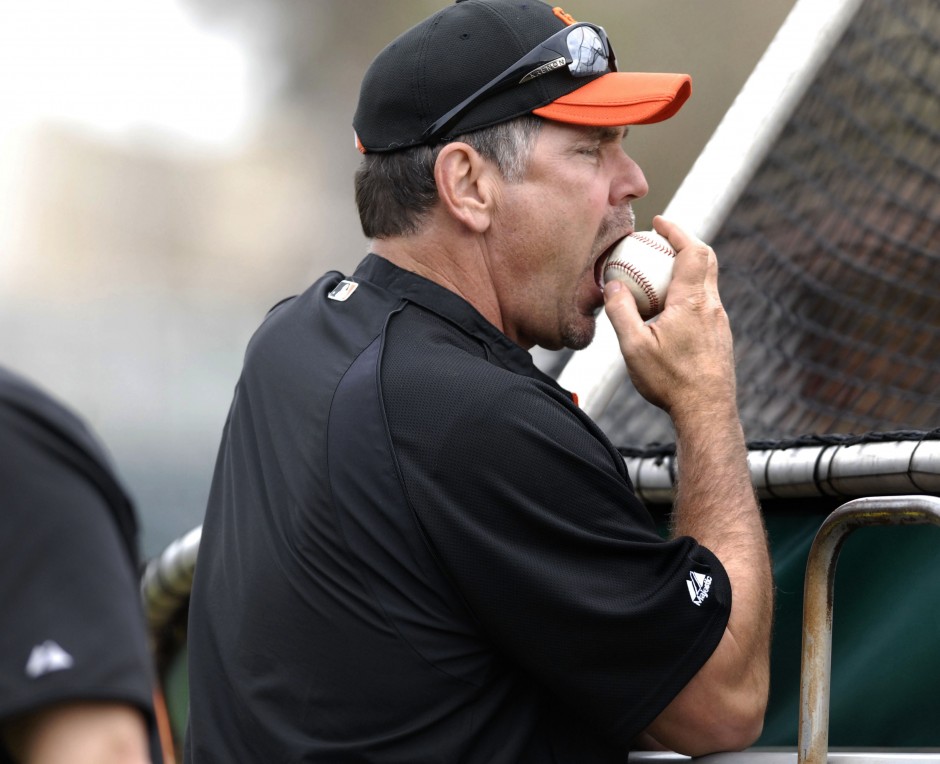 They’re 16-7 in one-run games, which as Dave Flemming said before yesterday’s game is probably a testament to the managerial skills of Bruce Bochy more than anything else. Flemming knows his stuff, but Bochy was also the manager last year, when they finished 19-28 in such games.

It’s not like the Giants have gotten extraordinarily lucky this season, even though they scored the game-winning run on Tuesday night when Will Smith’s wild pitch with Madison Bumgarner at the plate allowed Angel Pagan to dash home. Their Pythagorean record, which is based on run differential, is just three games behind their actual record … they also have the same Pythagorean record as the Dodgers, for what it’s worth.

The offense has been a bit of a disappointment

The Giants hit back-to-back-to-back home runs on Opening Day and slugged 24 homers in their first 21 games, but they’ve only hit 33 in their last 46 games and now rank 13th in the National League in dingers. Their home run leaders are Brandon Belt and Buster Posey with eight apiece. Cincinnati Reds outfielder (and former Giants prospect) Adam Duvall has 18.

The Giants are only in the top three among NL teams in three offensive categories among the counting stats: triples (2nd), walks (3rd) and strikeouts (1st). They aren’t a great slugging team so far, or even a great contact-hitting team. They’re scoring 4.45 runs per game, just 0.12 above the league average — not quite what we were promised when the year began. However, that’s pretty decent considering …

Their outfield is kind of a mess

With their top four outfielders all over 30, it wasn’t a question of whether they’d suffer some injuries, but who, when, and what severity. And without much depth in the system, we’re seeing crazy stuff like trade rumors including Ryan Braun (a 32-year-old with back problems who’s making $87.5M over the next four seasons and could pull a Melky at any time) and sensible stuff like the Giants taking outfielders with their first two draft picks and three of their first five selections. It won’t help them this year, but free agent outfielders who can hit are nearly impossible for the Giants to sign, compared to starting pitchers (as we saw over the winter).

They also picked up Chris Denorfia and Travis Ishikawa, which could indicate that the Giants plan to patch things together in the outfield and focus their midseason trade discussions on another area. Their bullpen is all people can talk about

At the beginning of the season I wrote that Hunter Strickland would replace Santiago Casilla as the closer, and that could still happen since Casilla has blown over 22% of his save chances. But Strickland hasn’t been lights-out either. His FIP is a full run lower than Casilla’s, and his home run rate is much lower. But Bochy replacing a veteran closer with an ERA of 2.67 with a younger pitcher who has an ERA in the mid-threes? That’s just not going to happen, unless Casilla blows a couple saves in a series against the Dodgers or something.

So the bullpen seems to be a concern, and that’s probably where the Giants will look to add in July. But despite two lefty relievers who aren’t performing incredibly well in Josh Osich (4.05 ERA, 6.83 FIP, 5 HR in 20 innings) and Javier Lopez (4.91 ERA, 5.49 FIP, 8 BB and 7 K), there’s a lot to like here. George Kontos survived his injury and has been almost perfect in eight June appearances (two baserunners over five innings). Derek Law’s future looks incredibly bright. Cory Gearrin (2.22 ERA) hasn’t given up a home run.

However, if Albert Suarez is going to be needed in the rotation for a while, they need some depth — preferably left-handed. That’s why dealing for Yankees bullpen ace Andrew Miller — who’s been striking out at least 14 batters per nine innings since 2013 — makes so much sense, although the crazy list of prospects the Yankees will ask for probably makes this rumor too good to ever come true.

So … how are the Giants winning so many games?

Yes, there’s a little bit of luck and fortunate circumstance surrounding the Giants this season. However, it’s not like everything has been clicking. If the offense heats up with the weather, and they can figure out a way to bolster their relief corps, and the top three starters stay healthy, they should be able to keep winning more games than they lose. Will they win 99? Probably not, at least if they continue on this pace with their run differential. Will they win the National League West? There are probably too many moves left to be made to predict that just yet.

Jake Peavy is back, right? Well, maybe not …
No June Swoon: Giants are rolling, but not quite how we expected
To Top
wpDiscuz