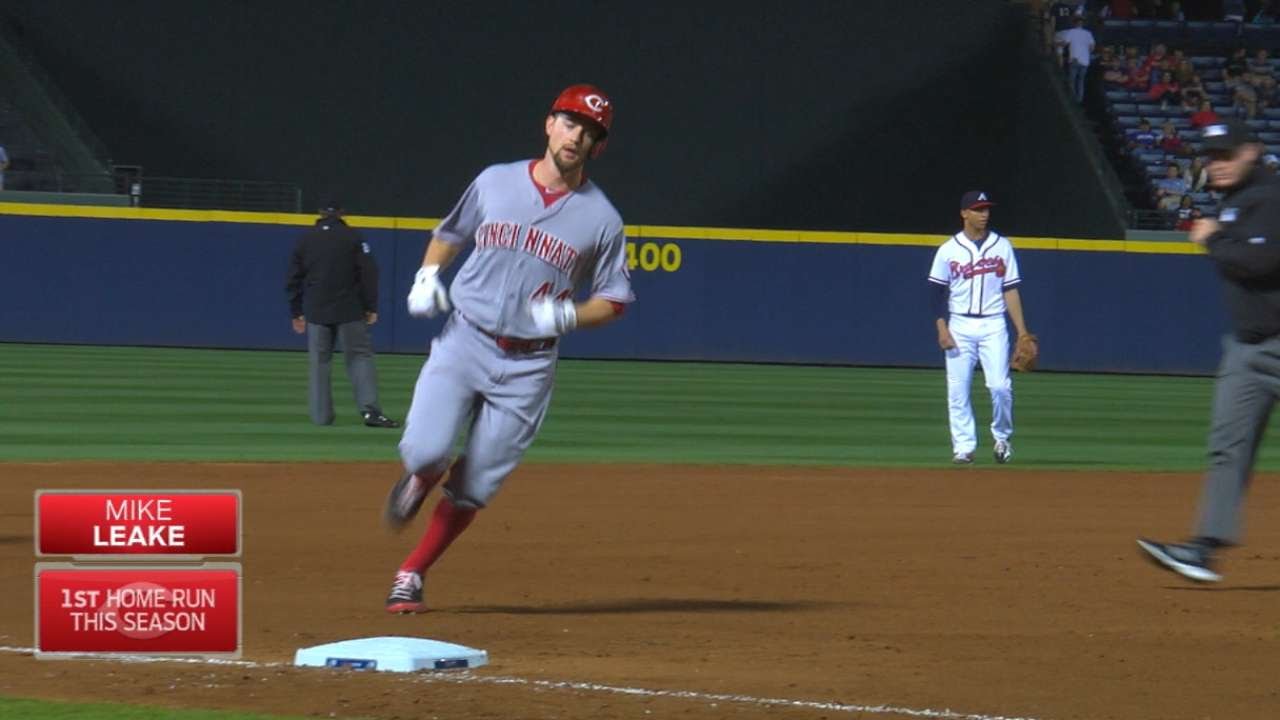 The San Francisco Giants didn’t stand pat after all. In fact, after the top three aces all went to American League teams, the Giants went after the pitcher I thought they would (and should) all along: Mike Leake.

On July 21, I went through the three options facing the Giants. Either going for a superstar (the Hunter Pence option), going for a second-tier starter (the Jake Peavy option), or standing pat. In the process of writing that story, I actually convinced myself that Leake was the right option all along.

2. This is a Jake Peavy situation

Here’s where the Giants go after Mike Leake, although Dan Haren (who turns 35 in September) always seems pretty Giants-y, no matter where he is or how he’s throwing.

Leake has been the picture of decent his entire career. ERA just under 4.00, strikes out about six batters per nine innings, not all that exciting. But like Peavy last year, the Giants have some reasons to believe his value is much higher than his surface numbers would indicate.

— He’ll turn 28 in November. All of the other pitchers on Rosenthal’s list will be 30 or older next season.

— He was the eighth overall pick in the 2009 draft. The Giants may feel that the Bochy/Righetti/Gardner trio can get more out of Leake than the Reds ever could.

— He pitches at Great American Ballpark, which is like Coors Field if you traded altitude for lots of watery chili served on top of spaghetti. Leake’s career home ERA is 4.36 compared to 3.48 on the road; this year his home (5.46 ERA) and road (2.57) splits are wildly different. (In case you’re wondering, Leake is 4-0 with a 2.59 ERA at AT&T Park in 31.1 innings. Not that we should care about win-loss records, but the Giants surely remember the losses they suffered.)

— He gets a lot of ground balls (52.8% — 16th among qualified MLB starters) because he throws sinkers half the time. He doesn’t even throw four-seam fastballs anymore. The Giants like to let their infield do its thing, and Leake gets almost as many grounders as Hudson or Heston.

— Of all of these pitchers, Leake might be the most undervalued, especially because he has Cueto as a teammate. If the Giants traded for him, one might say it’d be a real … steal.

So it’s settled. The Giants are going to trade for Leake and Aroldis Chapman, so plan for a parade down Market on Halloween or someday thereabouts. Or, they’ll just trade for Leake.

And since that story, Leake won his last two starts, going eight innings in each game and giving up just one run and eight hits. All things considered, Leake was probably the hottest pitcher available this week.

I figured all along that the Giants would go with the Peavy option, seeing as it worked pretty well last year and there’s almost no way they can count on Matt Cain AND Tim Hudson to last the entire season. As for Ryan Vogelsong, he’d probably love to start again, but he’s just too damned good in the bullpen. Sorry, Ryan. You are going to be forced into a job you don’t prefer, but your career could last another three-to-five years as a result. Them’s the breaks.

In return, the Giants parted with Keury Mella and Andrew Duvall. Both Mella, 21, and Tyler Beede, 22, pitched in the Futures Game. Not that it matters, but Beede pitched a scoreless inning in that game while Mella gave up two hits and two earned runs in a third of an inning. In actuality, Mella’s stats at San Jose were very strong. He was easily the centerpiece of this deal, but the Giants are probably happy that they upgraded their rotation without having to part with Beede, who they took in the first round a year ago.

Duvall is a power-hitting corner infielder who the Giants never trusted to come up and play third base consistently. He leads all of Triple-A with 26 homers, but it was clear that the Giants weren’t interested in bringing him up when they refused to do so before Matt Duffy established himself as an everyday player.

Leake is a “rental,” but I think the Giants have a good shot at re-signing him. Bob Nightengale might not agree.

Mike Leake will be traded by #Reds tomorrow, but this winter the #Dbacks plan to aggressively pursue the local ASU student as a free agent.

But Leake has ties to the Bochys …

… and anyone who spends time with Bruce generally wants to stick around.

Welcome to the Giants, Mike Leake. Your career hitting numbers (.219/.243/.314, five homers) are impressive for a pitcher. Hopefully you and Madison Bumgarner (.755 OPS and seven homers over the last two seasons) will enjoy a little friendly competition over the next few months … and a few years after that.