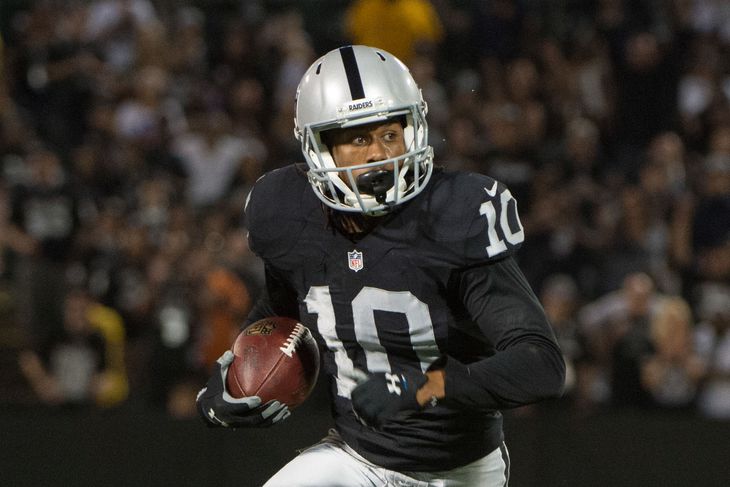 On a night when none of the starters for the Oakland Raiders outside of D.J. Hayden got any playing time, it was backup quarterback Matt McGloin and roster bubble wide receiver Seth Roberts who showed up big. While the depth at offensive line and in the run game looked pretty bad, the passing game was able to get something going against quality Seattle depth, thanks primarily to Roberts and McGloin.

McGloin finished the night completing 16-of-24 passes for 186 yards and two touchdowns. He didn’t throw any interceptions, but did have one fumble that was not really his fault. The Raiders were backed up against the goal-line and offensive tackle Matt McCants allowed a Seahawks defensive end to go right by him without even being touched. McGloin never had a chance as he was hit before he even finished dropping back. But after that poor start, McGloin went on to have one of his typical preseason performances, making plays over and over again.

He has spent the entire offseason playing as the third-string quarterback, but after outplaying Christian Ponder throughout the preseason, the coaches would be ill-advised to keep Ponder as their backup. McGloin is the ideal backup because his grit and ability to make plays are what you want when a starter goes down with injury. McGloin isn’t going to be winning any awards for his play, but he could come in and win a game or two if Derek Carr gets hurt. It’s not nearly as certain that Ponder would be able to do the same.

And then there was Seth Roberts, the clear MVP of the night. Roberts was a training camp wonder last offseason but was unable to make the final 53-man roster. Instead, he spent last season on the practice squad for the Raiders, waiting for his time. He once again played very well in offseason workouts and training camp before breaking out in the preseason. In the final preseason game against the Seahawks, Roberts finished with seven catches for 110 yards and a touchdown. That touchdown, by the way, was pretty impressive as Roberts tapped both toes in the corner of the end zone on a beautiful fade route.

McGloin won’t start and there is even a feeling among some that he could be traded, but he’s the best backup quarterback option on the roster. Meanwhile, Roberts may have gone from a bubble player to the team’s starting slot receiver after catching 15 passes for 243 yards and a touchdown in the preseason.