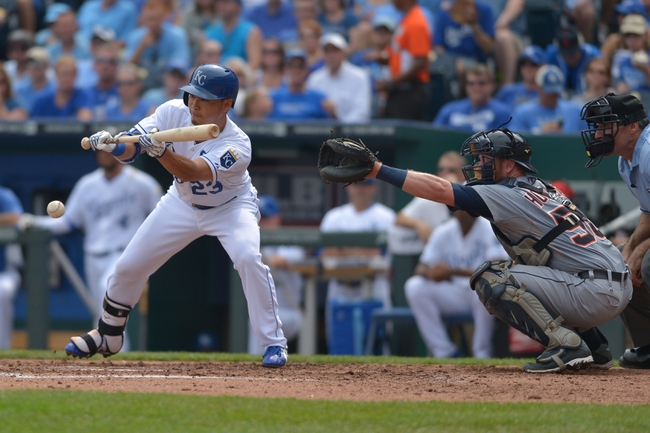 BREAKING: According to sources, the Giants aren’t a powerful team. It’s not like they lost Jose Bautista and Giancarlo Stanton this past offseason, but the 32 home runs provided by Pablo Sandoval and Michael Morse in 2014 sure would come in handy this year — especially with Hunter Pence missing the first couple weeks of the season, if not more.

Out of necessity, the Giants will look to be more of a get-on-base-and-put-pressure-on-the-defense kind of bunch than we’ve seen in recent years. While the prospect of a season where the team struggles to reach triple digits in home runs sounds a little frightening (especially for a certain online company, which pays to have its trademark sounder play at AT&T Park after every dinger hit by the home team), at least the Giants have the correct roster and play in the correct division to make “small ball” a successful reality.

That is, as long as Bruce Bochy is welcome to managing differently than before. See, Bochy isn’t much for stolen bases and bunts, at least compared to peers like Ned Yost, who drove the Sabermetrics folks batty (sorry) on a nightly basis with his penchant for sacrificing runners over and forcing the issue on the basepaths. The Giants stole 56 bases last year, 29th in the majors (only Baltimore had fewer, and they led the league in homers with 211). And who could blame the Giants for being cautious? Their stolen base success rate was just 67.5%, worse than 25 other teams.

Spring Training stats don’t mean much, but for what it’s worth the Giants have swiped 16 bags in Arizona, putting them in a tie with the Cubs and Padres for 11th in the majors.

Bochy has made it clear on numerous occasions that he loves home runs and isn’t a fan of the sacrifice bunt. However, he’s smart enough to know that an outfield of Nori Aoki, Gregor Blanco and Angel Pagan (who reportedly won’t miss much/any regular season time due to back pain after sleeping on a mattress that was too soft) is one that stands a better chance of winning with a flurry of jabs rather than one huge uppercut. Bochy has been known to use the hit-and-run to spark a stagnant offense on occasion, too.

Aoki finished tied for 17th in the majors with six bunt singles in 2014. Blanco was tied for 30th with four, but he told me back in February that he worked on that part of his game during the offseason.

“I think I was hitting too many fly balls. I know I can hit some balls out of the ballpark, I have that swing, that up-and-down swing to hit homers, but I’m not a power hitter so I have to change that approach and try to hit the ball more on the ground and use my speed. That’s why I’m working on my speed so I can do what I’m supposed to do, hit the ball on the ground and run. Those things are going to help my development as a player and it’s going to help the team, too.

“Bunting, too. I think I’m a good bunter. In the past few years, I always help in tough situations like the playoffs last year and the World Series two years ago. (With) those things, I know I can put pressure on the defense.”

Brandon Belt isn’t slow, but as one of the team’s rare power sources he won’t be asked to bunt, unless he wants to lay one down the third base line to keep shifting teams honest. Brandon Crawford can handle the bat, but he doesn’t possess sprinter’s speed. Same goes for Joe Panik, Buster Posey and Casey McGehee. But Hunter Pence’s return would probably give the Giants a decent pinch-running threat in Blanco (as long as Pagan is healthy), and Pence can steal a bag as well.

Another reason to start copying the 2014 Royals: The Giants also play 57 games against the Dodgers, Padres and Rockies.

Rosario only threw out 7-of-44 attempted base-stealers (16%) in 2014. He and Grandal also tied for the National League lead with 12 passed balls each last season, and anyone who watched the AL Wild Card game knows that Norris isn’t exactly Johnny Bench.

Grandal only played in 76 games as a catcher (67 starts) and Rosario played in 96. In case you were wondering, Posey threw out 30% of potential base-stealers in 2014 (he’s at 32% for his career) and was charged with five passed balls in 111 games behind the plate.

(Two caveats: CS% can be affected by pitchers with lousy pickoff moves or slow mechanics out of the stretch, and passed balls are dictated by official scorers.)

Arizona catcher Tuffy Gosewich is the lone backstop in the division that the Giants probably shouldn’t test too often — he’s thrown out 40% (10-of-25) of the runners who’ve tried stealing off him in the majors and 36% (282-of-774) in the minors. But one would think the Giants can defeat the lowly D-Backs in a number of ways in 2015 without being overly aggressive once they get guys on base.

But runs will be tough to come by sometimes, and Yost’s style of managing his slap-hitting team (the Royals were last in the majors with 95 home runs last season) may not be such a crazy idea for these Giants. San Francisco is looking to get on base more often than before, so running the team out of innings unnecessarily doesn’t make a ton of sense. But in a baseball landscape where pitching reigns supreme and 3-2 games are the norm, proactively using whatever speed the Giants possess could be the best way to be the team that scores three runs instead of the club that finishes with two and the loss.