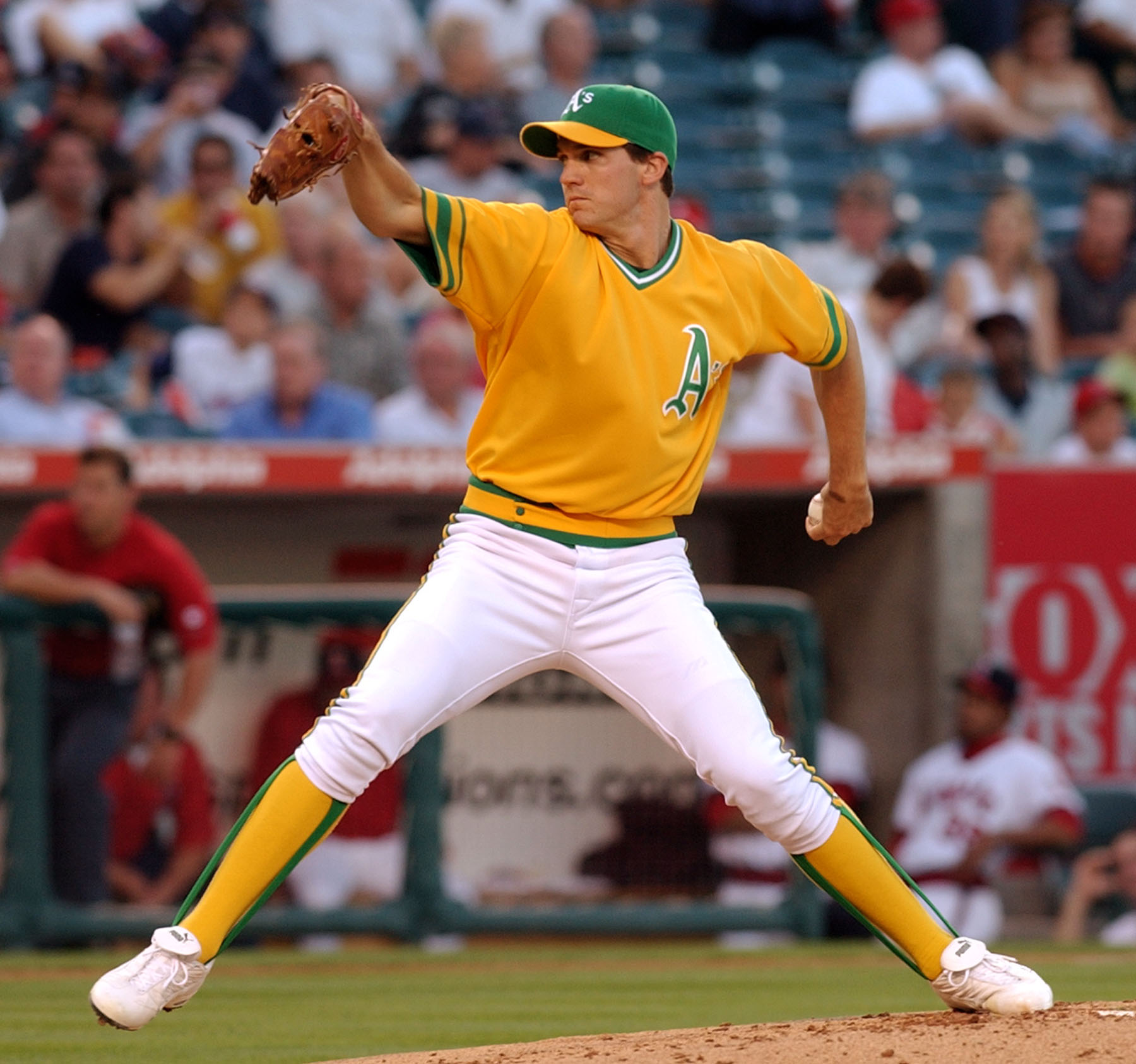 Today marks the beginning of a new era in Oakland A’s baseball as they will open Spring Training at their facilities in Mesa, Arizona.  Many improvements have been made to Hohokam Stadium because the city of Mesa kicked in $17.5 million of the $26.9 million in upgrades, including the HD video board, the biggest (55’ x 28’) in the Cactus League.

I attended a Cubs vs. Giants game at old Hohokam Park in 1994, and my two biggest memories of the afternoon were the incredible traffic jam and of Harry Caray leaning out of the broadcast booth to lead the crowd in signing “Take Me Out to the Ballgame” during the 7th-inning stretch.  I’ll be interested in seeing what should be a total transformation to the prior venue.

But as much as something fresh and shiny is enticing, I already know I will miss the convenience of Phoenix Municipal Stadium.  It was literally an 8-minute drive from Sky Harbor Airport and it sat directly across the street from the zoo, which I always found to be worth a visit.  Muni will now be home to the Arizona State Sun Devils, which has one of the best college baseball programs in the country.  Just ask Eric Sogard or Ike Davis.  I attended the last weekend of the A’s tenancy at Muni in March, as I knew we would soon be saying goodbye to it.  We’ll also bid a fond farewell to the fields of Papago Park, where I took in many free Rookie League games over past summers.  You would always find at least two baseballs laying on the road leading into Papago, and the fields there were named after franchise luminaries.  Now the rookie and year-round training facilities will be near Hohokam at Fitch Park.

Fitch Park has lots of public amenities, such as lighted basketball courts, racquetball courts, and BBQ areas.  Where the A’s will train is at the adjacent Lew Wolff Training Complex.  I know, I know … he named it after himself.  Or the city of Mesa “insisted” on it.  Whatever the case, it’s good to be king.  The entire square footage of the complex’s main building will be a massive 55,433, with modern physical therapy stations, rebuilt fields, new batting cages, etc.  The A’s claim these additions will make it one of the premier spring locations out of all 30 MLB teams.  So now Lew Wolff has a brand new soccer stadium and Cactus League facility, but hasn’t figured out a way to get his mythical big league stadium built yet.

Barry Zito signed a minor-league deal with A’s on Monday which includes an invite to big league camp, so he’ll be donning a green & gold hat today for the first time since 2006.  Zito thinks he still has something left in the tank, and since he’s a lefty with a pulse, you knew someone would take a chance on him — I just didn’t think it would be Oakland.

One thing to keep in mind: if Zito breaks camp with the 25 guys who make the team, then that means many bad things happened to the A’s in Arizona.  It would require Chris Bassitt, Sean Nolin, Kendall Graveman and Drew Pomeranz to all fail miserably enough to let an elderly Zito pass them by, and that’s not the plan.  I’m assuming the two Jesses (Hahn and Chavez) will join Sonny Gray and Scott Kazmir for the first four rotation spots.  I also cannot picture Zito coming out of the bullpen, and not because of his interminable and OCD-like preparation, but because the A’s have much better options from the left side.

Look, I like Barry and I respect the way he handled himself in San Francisco.  Think about it: owner Peter McGowan publicly admitted the $126 million he gave Zito was “a mistake”.  He had Ralph Barbieri asking him on KNBR if he thought about giving some of the money back to the Giants, and he was left off the roster for the 2010 World Series.  Did he complain?  Not that I saw.  He also had the unrelenting derision of a fan base which held him responsible for any ill which struck the team.  After Zito’s heroic 2012 playoff performances in elimination games on the road in both Cincinnati and St. Louis, he added an RBI-single off of Justin Verlander in the Fall Classic, which the Giants swept.  He still remained modest, and he thankfully did not take my advice which I offered on the airwaves of 95.7 The Game.  I suggested he say “all your mamas” to the 90% of San Francisco fans who booed him for five years.  I’m not
as classy as Zito.

The best thing for all parties now is for Zito to stay stretched out at AAA-Nashville and play his guitar with the locals in his free time.  In an emergency, maybe he could make a spot start once or twice.  But if he ends up in the Oakland rotation, that means the A’s are in dire straits.