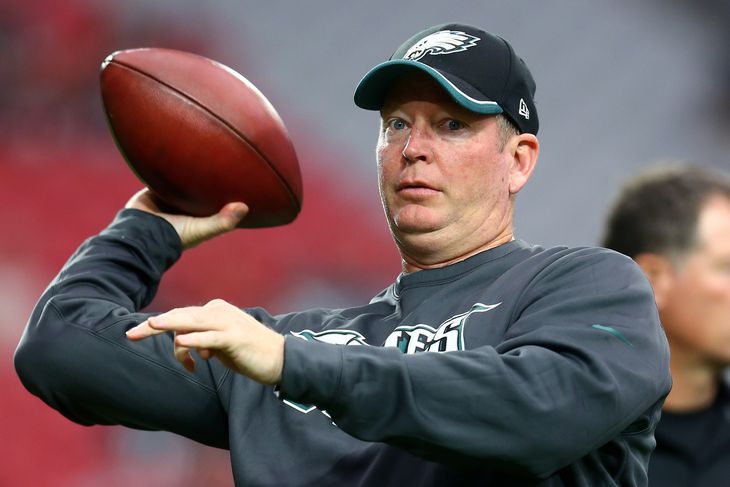 The Oakland Raiders have a new offensive coordinator and new starters at seven of the eleven positions on offense. During the preseason we were given a glimpse of what those new starters could do, but we didn’t really get an idea of what coordinator Bill Musgrave’s offensive scheme would look like. Clearly that is intentional, teams never want to give away too much of their playbook in the preseason. But for the Raiders, the lack of knowledge about what Musgrave’s offense will look like is more dramatic than most.

It’s not that Musgrave is new to the team, lots of teams have new coordinators and yet we still have a better idea of what their offenses will look like. The situation in Oakland is unique because Musgrave’s path to Oakland is unique. After a few stints as an offensive coordinator, including one under Jack Del Rio in Jacksonville and one in Minnesota where he benefited from the presence of Adrian Peterson. But after Musgrave leaves Minnesota is when it gets interesting. He spent last season as the quarterbacks coach for the Philadelphia Eagles, working under offensive whiz kid Chip Kelly.

Musgrave was known as a coordinator who knew how to get the ball into the hands of his play makers, that much we know. What we don’t know is how he will be doing it. During the preseason, Musgrave did the usual preseason move and called pretty bland games. But every now and then, the Raiders would throw a curve ball. They’d quick snap after a big play and catch the defense off guard or they would get creative with bubble screens. It was almost like Musgrave was getting bored of his own play calling and wanted to spice it up a bit. Those calls were far and few between but they left everyone wondering just how much of that we can expect in the regular season.

Musgrave likes speedy weapons and he has his fair share in Latavius Murray, Taiwan Jones, Amari Cooper and Mychal Rivera. He also has quality weapons in Michael Crabtree and Roy Helu and a young quarterback with a ton of potential in Derek Carr. Oh, he also has a pretty good offensive line to work with as well. He doesn’t have anyone the likes of Adrian Peterson (not many do), but he has more talent than he had in Jacksonville and one could argue, a more all around balance of talent than he had in Minnesota even though there is no super star on this team. Peterson was and is an amazing player, but Christian Ponder was Musgrave’s quarterback at the time, the same guy who just got cut from the Raiders after losing out to Matt McGloin for the backup job. Plus, his speedy weapons in this offense don’t come with the off the field issues of Percy Harvin.

On paper, the Raiders and Musgrave seem like a good match. Musgrave is looking for a chance to show he can be a great coordinator and the Raiders are looking for someone who will make sure they see a return from all of their new offensive weapons. Now, we will finally get to see whether Musgrave was really the right man for the job when the Raiders open their season on Sunday.

More wins in 2015: 49ers or Raiders?
Raiders get blown out of the water in every way possible
To Top
wpDiscuz