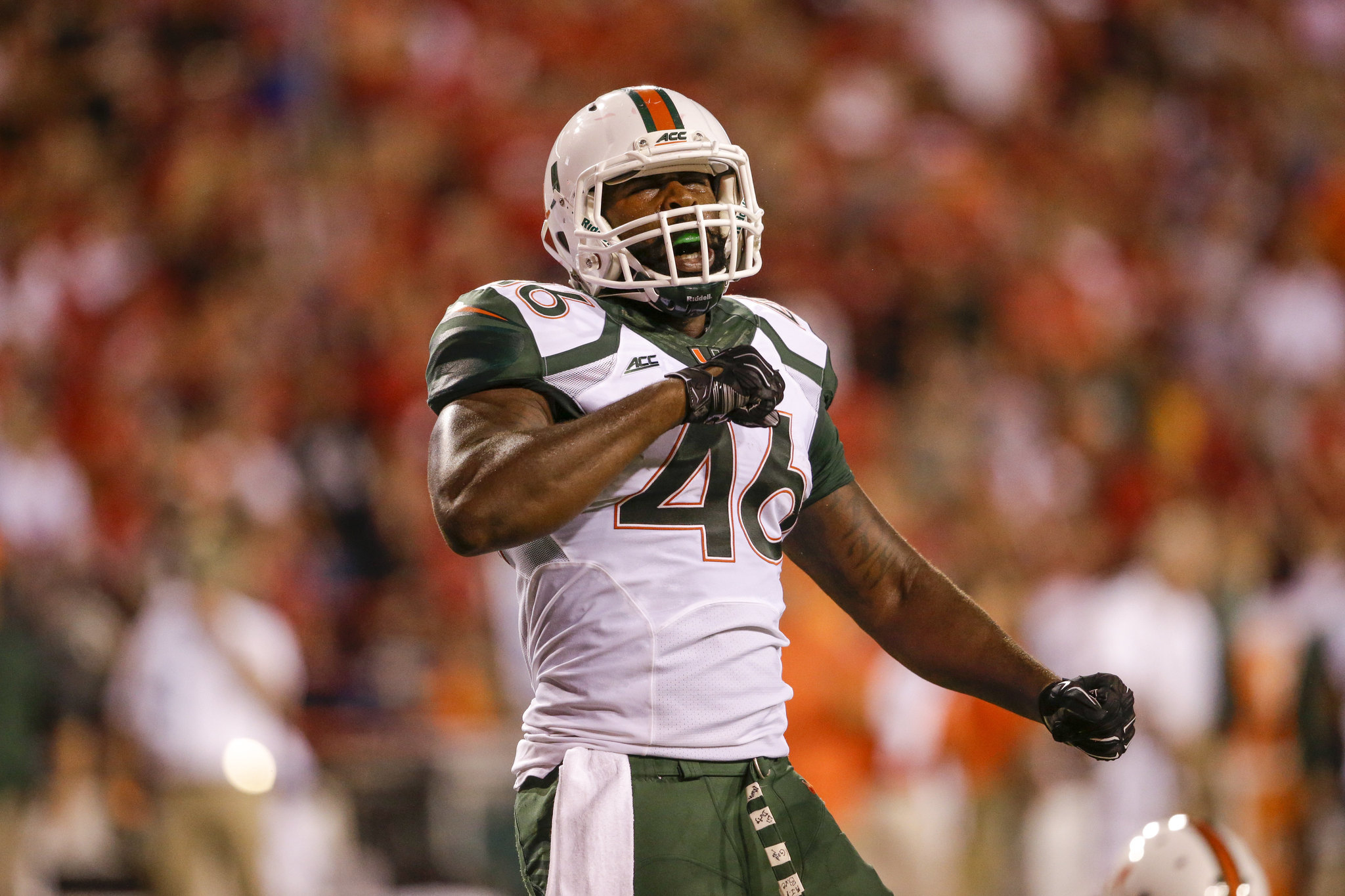 For the second straight round, the Oakland Raiders appear to be sticking strictly to their board, drafting two guys who do not fill some of their bigger needs. While the team still needs to upgrade their pass rush and have yet to have found a starting right guard, they have drafted a run defending defensive end and now a tight end. With Mario Edwards in the second round, the Raiders got a guy with a lot of question marks. In the third round, the Raiders found themselves a very good player in Clive Walford.

He was solid and consistent through three of his four years of college. He was not used a lot as a freshman, but in both his sophomore and junior seasons he had more than 450 yards and had six touchdowns combined. In his senior year he improved a bit in terms of yards with 676 and broke out in the touchdown department with seven.

But unlike most tight end threats, Walford is actually a pretty good blocker. While Rivera has to come off of the field on third down and in two tight end sets, Walford can stay in and block or go run a route. He will come in and start immediately and will help Carr with his development by giving him someone to lean on. Early in the draft, that has been the theme for the Raiders, help Carr. With Amari Cooper in the first and now Walford in the third, the Raiders have made big upgrades to their passing game.

Raiders draft a project at defensive end in Mario Edwards, Jr.
Amari Cooper is the perfect weapon for Bill Musgrave
To Top
wpDiscuz