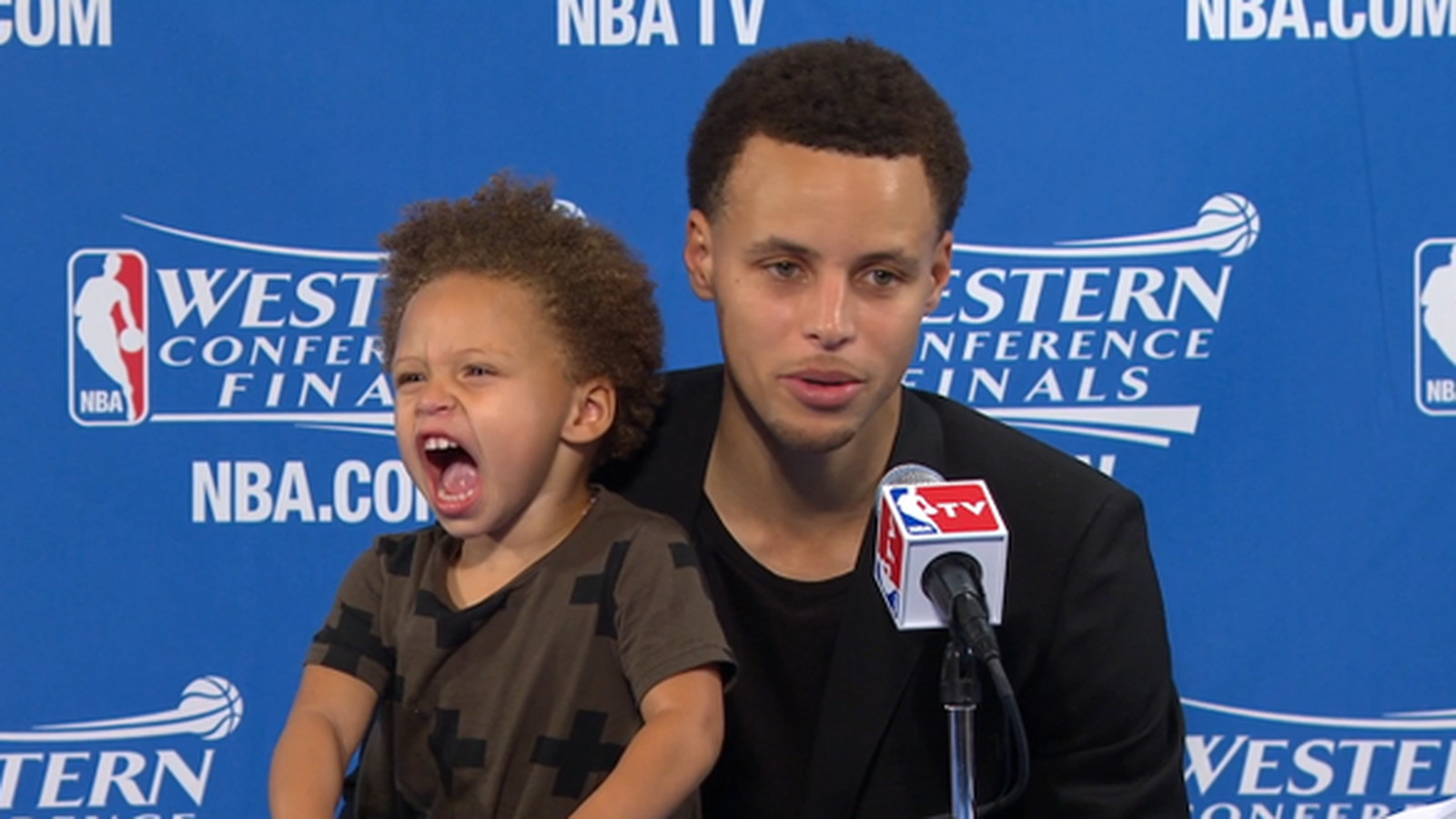 Some talking heads are nothing more than wind merchants, and those people have jobs that run counter to how most fans watch and enjoy sports. Supposedly they’re around to make sports more enjoyable, to provide perspective and information, and to entertain. But their actual goal is to incite and inflame the public.

So ESPN execs are probably high-fiving and raising glasses of Bristol’s finest vino after the takes spewed by Brian Windhorst (public detective who trails LeBron James 24/7), Skip Bayless (who’s just the worst) and Colin Cowherd (who questioned John Wall’s IQ because he danced, and backed up his comments on Wall by calling him out for not having a father).

Still, the comments by these men about Riley Curry’s appearance at what should’ve been a run-of-the-mill Stephen Curry press conference show how out of touch a few people who are paid to cover sports can be.

Bayless calling for the NBA “to preserve the sanctity of the postgame” is amazing. Here’s a rule: If you think of a comment that includes the word “sanctity” in a way that isn’t 100% ironic, DON’T SAY IT.

And Windhorst dropping the “business setting” nonsense … uh, we stand around in steamy locker rooms 20 feet away from guys who are showering. Athletes make a game out of throwing their towels and game-worn uniforms, socks and whatever else over reporters’ heads into laundry bins. Some “business setting.”

And in what “business setting” do people order others to “talk about” something? If we ever get to a point where kids are forbidden at press conferences, questions with “talk about” need to be banned as well. It’s only fair. Maybe even drop the “how did it feel when you ____” questions, which athletes and coaches make fun of behind the scenes.

Let’s move on from “First Take” to “The Herd,” a show on ESPN Radio.

“Steph Curry was great, I came in this morning and you couldn’t use any of [his press conference] because his kid was yapping in the background,” Cowherd said Wednesday morning amidst a rant that included some industrial-grade false equivalencies, like, “I don’t bring my kids to work,” and, “What if a school teacher brought their kids to work?”

Ahem, Colin, Steph Curry didn’t bring his daughter onto the court and the press conference went viral. How is this akin to you letting your children interrupt one of your uptight lectures on #business practices? You talk for a living — Steph Curry doesn’t. Let this one slide.

“It’s not the end of the world, but it’s a gateway into another topic,” he continued. “Casual dress Friday.”

“Airline pilots: ‘I’m gonna wear flip flops just this one flight,’ then it’s, ‘I’m not wearing a belt,’ then it’s untucked — then pretty soon I’ve got Spicoli at the controls.”

I was at the press conference, as you can see from the super-raw Vine footage I dropped on the internets after the game. (Check it out to get the perspective of a true Riley Insider!) Riley’s appearance added MAYBE two minutes to Curry’s session. Not one person in attendance complained. As Andy Liu mentioned, everyone had their phones out like it was a rave (myself included).

And Curry (who’s essentially a more talkative Buster Posey — a star who rarely comes close to saying anything remotely controversial) produced every quote he would’ve normally if Riley wasn’t there. No offense to Steph, who’s smart, accessible and one of the best athletes I’ve ever seen in person, but he’s not even in the top three when you’re looking at the most quotable Warriors.

That’s just my opinion, and the ESPN guys are entitled to theirs. And maybe I’m biased because my baby is six months old, and as I watched Riley I started imagining what my daughter will be like at Riley’s age. But isn’t this what sports is supposed to be all about? Adults play the games and report on the action, but the kids drive the family outings to games (not literally, because that would be illegal and dangerous). They’re the ones who imagine what’d it’d be like to be in Curry’s shoes. It’s a basketball game, not a White House press briefing.

Curry showed us that despite his talent, drive and fame, he allows himself to worry about more than … well, himself. His wife is pregnant, and he took Riley (a very cute handful, but clearly a handful) off Ayesha’s hands for a few minutes. Instead of talking about how his jump shots felt as he flicked his right wrist, he gave the world an extra glimpse into what he’s about.

Preserve the sanctity of the press conference? The NBA has to be celebrating! It wasn’t that long ago when guys like these ESPN personalities were lamenting the rise of “rap culture” in the NBA, and how that made it difficult for the ticket-buying public (read: rich white guys) to relate. Curry seems like a perfect human (he’s even a scratch golfer), and what’s more relatable than a guy losing control of his two-year-old in public?

“Important quotes”? This press conference was watched by a wider audience than any I can remember, because fans don’t give a crap about cookie-cutter questions and cliche answers, and they definitely don’t care about reporters’ deadlines. This is all entertainment, for people of all ages (especially kids), and those who can’t adapt to press conferences that stray from the norm need to take a look within and remember why they started covering sports in the first place.