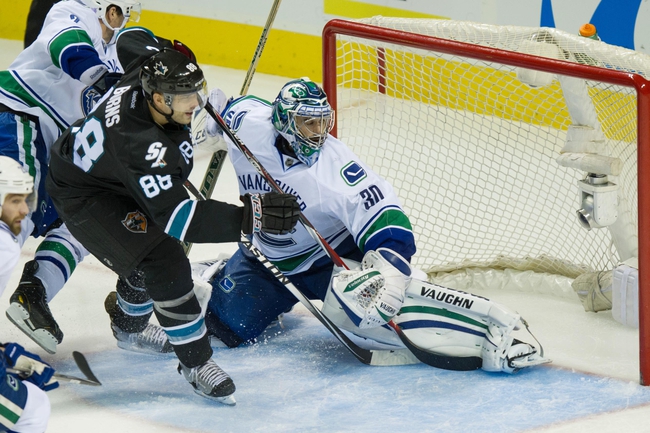 Never mind the four-day break for Christmas, or that the ice might have been wonky after being newly placed after the Clippers’ afternoon game. You really can’t fall back on excuses for the Sharks’ lazy play in their 3-1 loss to the Kings last Saturday. The Pacific Division has become incredibly tight as we enter the new year and Team Teal needs a good shot in the arm, especially as the chunk of their schedule that will carry them into January will not be a cake walk.

San Jose took the winning ways from their mid-December homestand on the road to Anaheim just before the Christmas break, and matched the surging Ducks team despite losing 3-2 in overtime.

But the Sharks had difficulty finding their legs at Staples Center this past weekend, and their woes on offense “kind of seeped into our special teams” Tommy Wingels told the media afterward. In fact, the Sharks’ post-Christmas blues went so far as to affect their penalty kill, which was no match for LA’s effective power play. Todd McLellan summed up the game with: “The better team won tonight.”

Not playing up to the competition is an issue they can’t afford to have against a tough stretch of schedule continues with a third straight game against a division rival — a home tilt against the Vancouver Canucks on Tuesday night. It will be the teams’ second meeting of the season, but things are significantly tighter than when they faced off back on November 6. The Pacific Division has become quite cozy, with San Jose, Vancouver, LA and Calgary all sitting at 43 points apiece heading into Tuesday’s games. Another strong home performance in San Jose could be pivotal for the Sharks to stay in the hunt to play postseason hockey.

With the odd SoCal travel schedule that bookended the Christmas break behind them, the Sharks need to put a couple straight days of practice to work on the ice Tuesday night. Their revamped success at home — they’ve won their last seven on SAP Center ice — will hopefully continue on Tuesday as the Vancouver team coming in has faired incredibly well on the road, going 11-6-2. (Vancouver has also dropped four straight road matches after a loss in Anaheim on Sunday, so maybe the Sharks can use that as a confidence booster.)

Plus, having another healthy body or two should help a bit. While the recently recalled players have performed well, getting Matt Nieto back in the lineups will hopefully give San Jose’s offense a bit of a jolt, depending which line he ends up on. All the offensive power will be needed to get the puck past Ryan Miller, whose vintage performance between the pipes in the Canucks’ last visit to the Tank stymied San Jose’s efforts in the visitors’ 3-2 victory.

After the string of home victories, McLellan has described the Sharks’ performances as “team wins.” A collective team win on Tuesday — as opposed to the uninspired game they played against the Kings last Saturday — is what they’ll need to stay in the fight for the Pacific crown.

Sharks give St. Louis the blues in 3-2 OT win
Sharks “pay the price” in 3-1 loss to Canucks
To Top
wpDiscuz