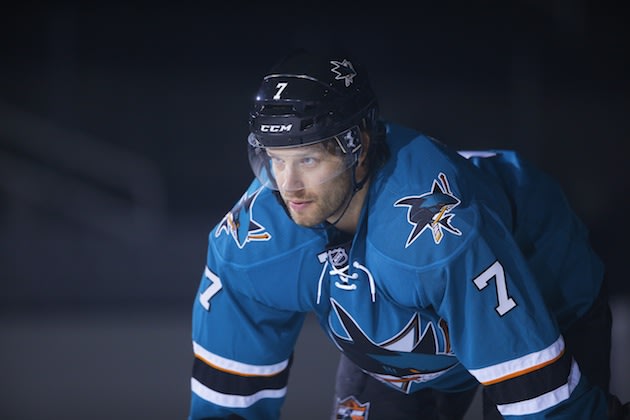 The San Jose Sharks, as previously advertised, didn’t get in on the “feeding frenzy” when the free agent market opened on Tuesday.

However, they kept themselves busy with their whole “going younger” mantra in the first few hours of NHL Free Agent Christmas.

Most significant was news that they traded veteran Brad Stuart to the Colorado Avalanche for a second-round draft pick in 2016 and a sixth-round pick in 2017.

Sharks GM Doug Wilson said of trading the 34-year-old defenseman: “Brad understands that we have made a commitment to give our younger players the opportunity to play and it was important to us to put Brad in a position where he has a chance to be successful.”

Tuesday also saw newly-former Sharks defenseman Dan Boyle go to the New York Rangers for a reported two-year deal worth $9 million. Number 22 passed on larger sums of money from other teams to go to New York, multiple sources said. Wilson informed the media in early June that Boyle would not be returning to the club, although initially his rights had been traded to the Islanders for a conditional draft pick in the 2015 draft.

Forward Marty Havlat rounded out his expected exit from San Jose, signing a one-year, $1.5 million contract with the New Jersey Devils. The Sharks used their compliance buyout on the 33-year-old winger, who spent most of his tenure with Team Teal bouncing on and off IR. He notched 22 points (12 goals, 1o assists) in 48 games played last season.

San Jose’s only signing for the day was RFA Taylor Fedun. However, the young defenseman will probably start the season in Worcester with the AHL Sharks. According to Brodie Brazil, the Sharks have about $7 million in cap space remaining.