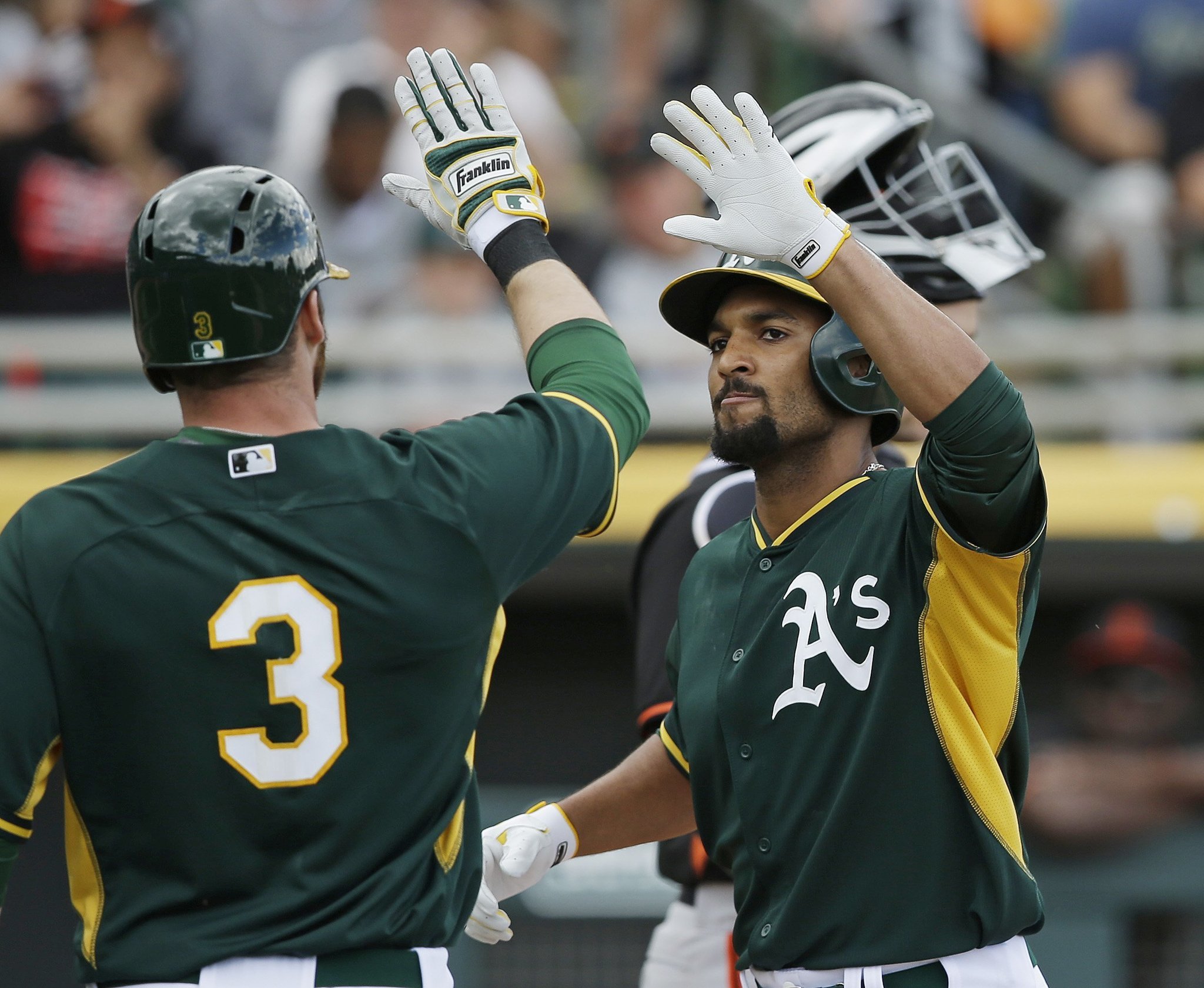 All you will ever hear from baseball people about Spring Training is that “it doesn’t mean anything.” While this is mostly true, it’s not 100% true. Tell me it meant nothing to Marcus Semien to hit a home run off of a guy who owned the world the last time he took the mound. It doesn’t matter if Madison Bumgarner was working on a secondary pitch or not, because first impressions and confidence-builders are priceless.

But therein lies the rub: we never know if a player is going all-out. For example, a hitter may sit on breaking pitches only. He might also be instructed by the coaching staff to only go the other way and practice on his inside-out swing. Maybe’s he’s experimenting with a lighter/heavier bat and has no idea how he’ll do. Conversely, a pitcher might be told to avoid his cutter at spring to cut down on elbow wear and tear. Perhaps he’s trying a new pitch he learned that morning. Or maybe he’s under orders to throw just fastballs. The point is, we cannot satisfactorily judge performances in exhibition games. But to discount the whole deal as frivolity would be ludicrous.

The cases of men who wowed in the Cactus and Grapefruit Leagues but then toiled during the regular season are plentiful. A couple of years ago, both Kevin Kouzmanoff and Ryan Sweeney hit over .400 in the spring but suffered indifferent results after Opening Day. But there’s also a long list of players who struggled during the spring but went on to have tremendous seasons. The best example of this would be the late, great Bob Welch. In the 1990 Cactus League, Welch was battered like no one else in the game. At 33, he seemed to be on his way out of baseball. In fact, the first hitter who faced him in the regular season hit a home run. But Welch would up starting the All-Star Game for the American League that summer, plus he ended up with 27 victories and a Cy Young Award. So with all this evidence, surely we cannot get too depressed or excited about Spring Training, right? Wrong.

Let me put it to you this way: it’s always better to succeed than to fail. Plus, jobs can be won with amazing performances in Arizona and Florida. Eric Sogard looked to have AAA written all over him two years ago, but broke camp with the big club after impressing in the Valley of the Sun. In 2012, it looked like newly-acquired Brad Peacock had the edge over Tommy Milone coming into spring to win a rotation spot, but Peacock was a disaster and never played for the A’s. Those two were in an audition and held nothing back, just as Kendall Graveman, Sean Nolin, and Chris Bassitt are this year. But for veteran pitchers with little to prove, minor mechanical adjustments and pitching variations might be on the docket. I spoke with Sonny Gray last year at this time about how frustrating it was when he could not use his full arsenal of pitches in the Cactus League, and he admitted that it goes against a player’s competitive nature to not go all-out, but he also understood why he must do as he’s told.

So while we all understand that these games don’t count and no one will win a World Series during the spring, to say the results are beyond useless is incorrect. There are rotation spots to be filled and positions on the diamond which need to be won. There is not one team out of the 30 MLB squads who are locked in to their 25-man roster at this point. Many men will rise and fall this spring and it will have a direct effect on the regular season. A crappy start right now might never be solved while a hot spring could carry over into the summer. The lesson is, if you get a chance to face Madison Bumgarner, hitting a home run off of him at any time is never a superfluous matter.