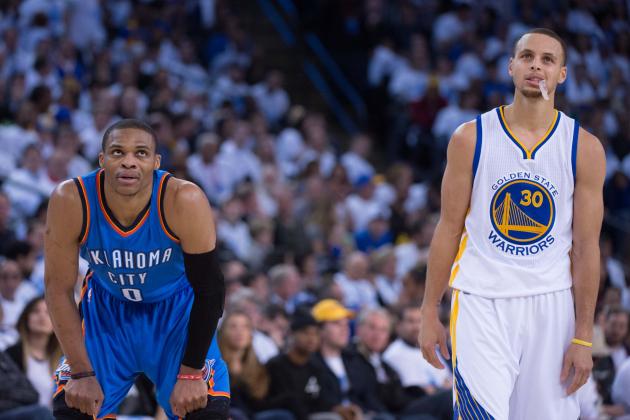 Things are going fairly well in Golden State. Actually, that’s an understatement on par with “it hasn’t rained all that much in the Golden State” lately.

The Warriors have the best record in the league. Their only real injury concern at this point is an ankle sprain sustained by a young, durable player in Klay Thompson. The difficult decisions as far as playoff rotations have already pretty much been made (sorry David Lee), and there hasn’t been a peep of discontent (props to David Lee).

Get ready for the Warriors coverage to get ramped up a bit, for obvious reasons. Here are some notes on the most dominant NBA team — during the regular season, anyway — this region has ever seen.

— The Warriors have a loud, loyal fanbase, but when is the entire region going to hop on the bandwagon? I’m guessing after they win Game 1 of the Western Conference Finals in front of an eardrum-crushing crowd at Oracle. People are usually a little late to catch on when a perennial cellar-dweller rises to the top, but this is a team with the MVP favorite and the highest point differential (10.4 per game) since the 1996-97 Chicago Bulls (10.8). We should be seeing Warriors hats and t-shirts throughout Oakland and San Francisco pretty soon, sort of like Octobers of even-numbered years when the San Francisco Giants are in the postseason.

— The latest MVP odds from Bovada, via ESPN.com on March 21:

— HOWEVER, if the opinion of this writer from the Sacramento Bee picks up steam, Westbrook could snatch the award away from Curry.

Had an NBA player tell me if OKC makes the playoffs that Russell Westbrook has to be the MVP … and that’s how I’m leaning.

— Curry is shooting 36.7% in his last six games, but he has double-digit assist totals in four of those. Either way, with Westbrook picking up triple-doubles and momentum, look for Curry to start his final “MVP push” tonight against the Wizards. Curry hasn’t scored 40 points since Feb. 4, when he dropped 51 on the Mavericks. I have a feeling that’s going to happen tonight. Just a hunch.

— Speaking of predictions, Warriors-Wizards is one of the five picks you can make today on Daily Bracket (as you can see here), and today is the best day to join if you haven’t already done so. That’s because it’s the first day you can accumulate points for making correct picks in our third weekly contest in Group BASG, with $50 going to the winner.

— Over the weekend I wrote about how the Warriors will probably face the Oklahoma City Westbrook in the first round of the playoffs, along with a few ways they could look to slow down Westbrook and/or his teammates.

— I loved this Q&A with Andrew Bogut, in which he discusses his childhood, his thoughts on Larry Sanders, Andre Iguodala and Alvin Gentry, being the No. 1 overall pick in the NBA Draft, why he won’t have kids until he retires, and a lot more. Great stuff.

— With Leandro Barbosa’s “We gonna be championship” entering the pantheon of great/ridiculous catchphrases every Warriors fan knows, here’s a ranking of the top five.

Don’t believe me on No. 3? Check out this commercial featuring Adonal Foyle and Erick Dampier on the maracas.

Leandro Barbosa came up with a catchphrase after last night’s Warriors win that’ll stick around a while
Warriors hold Wizards to 5.6% third quarter shooting, win by 31
To Top
wpDiscuz