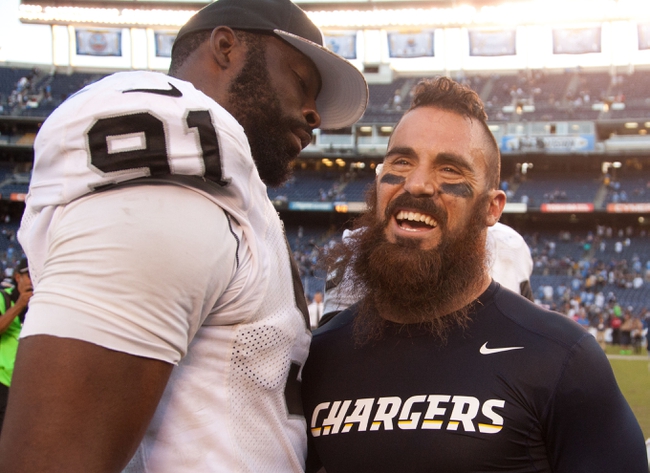 The term stopgap often carries a negative connotation with it, but it should be the Raiders’ theme to free agency, which begins next week.

Only the Jaguars (about $80M, according to Over The Cap) have more cap space than the Raiders (over $74M). Luckily for Oakland, this time they won’t also find themselves among the teams with the highest number of needs come free agency. Now that they’ve built a foundation of young players at key positions, the Raiders need to round out the roster and address positions that were neglected in recent seasons. But because they are so close to being a playoff contender, they really shouldn’t wait to fill all of those needs with young talent.

So, rather than wait, the Raiders should sign veteran free agents at a number of different positions.

It’s been Reggie McKenzie’s motto since day one — you build a team through the draft, not free agency. It’s how things are done in Green Bay, where McKenzie spent the majority of his front office career, and it’s how things are being done in Oakland now that McKenzie runs the show.

But after four years of losing records, it’s time for McKenzie to step outside of his comfort zone. The Raiders aren’t far off from being playoff contenders, but it could take years to fill all of their needs for starters solely through the draft. The Raiders can and should address a number of their needs with quality veteran free agents. I’m not talking about a repeat of 2014 when the Raiders signed the all-2004 team of geriatrics. They need guys like Eric Weddle, Tamba Hali and Robert Ayers instead of guys like LaMarr Woodley, Carlos Rogers and Maurice Jones-Drew.

Signing veteran free agents who can still play at a high level provides two things for the Raiders.

Even if McKenzie won’t sign long-term deals for free agents very often, he’s willing to pay a lot to sign players to shorter deals. It might not be the easiest sell, but the Raiders have the money to pay a few guys very well to come play for a couple of years. Doing so would be a wise move.