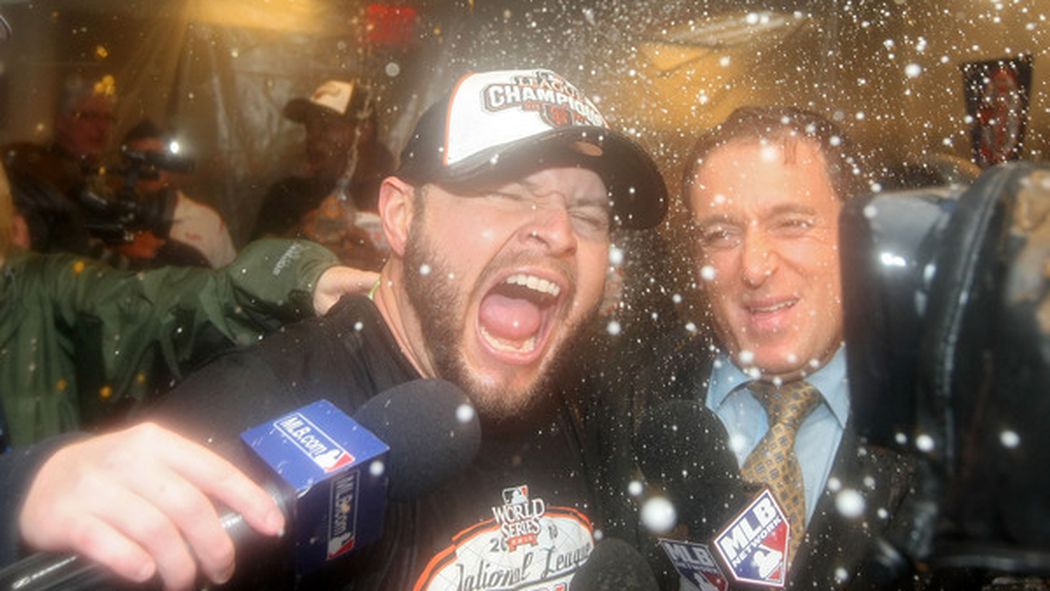 The A’s, looking for outfielders much of the past week since Coco Crisp’s elbow surgery, are close to landing Cody Ross, who was the NLCS MVP with the Giants in 2010.

Ross was released by Arizona over the weekend and essentially will cost nothing to take a look at — sort of a win-win situation as the A’s try to find experienced depth.

Arizona is on the hook for the bulk of his $9.5 million salary, minus the pro-rated portion of the major-league minimum of $507,500.

It’s an easy decision for Billy Beane. With Coco Crisp out two months and Josh Reddick set to return from an oblique injury this weekend, the A’s need all the outfield help they can get. And Ross, while lacking anything approaching durability since 2010, was a productive player as recently as 2013 when he found a way to amass 2.8 WAR despite playing only 94 games for Arizona.

Ross was a popular figure in San Francisco, as his postseason heroics overshadowed a disappointing 2011 season in which his defense regressed and nagging injuries held him to a .240 batting average in 121 games. He signed a one-year deal with the Boston Red Sox, then agreed to a three-year, $26 million pact with the D-Backs.

Why didn’t the Giants try harder to keep Ross around when they had a couple chances to do so?

“Simply put, with Ross, we could never get on the same page,” said Brian Sabean in December of 2011, after the Giants had already traded for Angel Pagan and Melky Cabrera.

Ross expressed happiness during his first season in Boston with his new surroundings, as he wrote in his blog for ESPN:

Fenway is such a great hitters’ park. For my swing, it plays well. I’m not conscious about trying to hit home runs. You don’t have to be here. All you have to be is worried about squaring the ball up and it will go. This is the first time I’ve ever been able to have a hitter-friendly park at home. It’s nice.

After hitting 22 home runs for the Red Sox, Boston didn’t push all that hard to bring him back. Neither did the Giants.

After a solid 2012 season in Boston, Ross was a free agent again and drew what he considered lukewarm interest from the Giants.

“Early they called and just told us to keep them in mind,” he said. “I kind of figured what that meant. If they didn’t sign (Angel) Pagan there was a chance they might take a run at me. But they came to a deal and rightfully so. Angel had an amazing year and a great postseason. He deserved it. That’s for sure.”

The Giants are generally more interested in plug-and-play guys who they can count on for 145-155 games, regardless of who’s pitching. Now it appears Ross will head to Oakland, which means he’ll go back to playing his home games in a park that isn’t exactly “hitter-friendly.” Even so, the A’s may be the perfect team for Ross, given their platoon-friendly ways.

Reddick is a left-handed hitting right fielder who hits better against righties, and Ross’ presence allows Bob Melvin to play Ben Zobrist at second against lefties in lieu of Eric Sogard.

Ross may have made some sense for the Giants, but they wanted to give Justin Maxwell a shot. And who knows, maybe they grew tired of Ross by the end of that frustrating 2011 campaign. Also, they seem to shy away from players who complain about anything, be it playing time (Nate Schierholtz), the weather at AT&T Park (Carlos Beltran), or the park’s dimensions (Ross and an untold number of power-hitting veterans). However, it’s a safe bet that if Maxwell struggles and Ross seizes this opportunity with Oakland, Giants fans will wonder why Bobby Evans (who apparently is in charge of these sorts of moves now) didn’t try harder to bring “Ssory Doc” back to San Francisco.