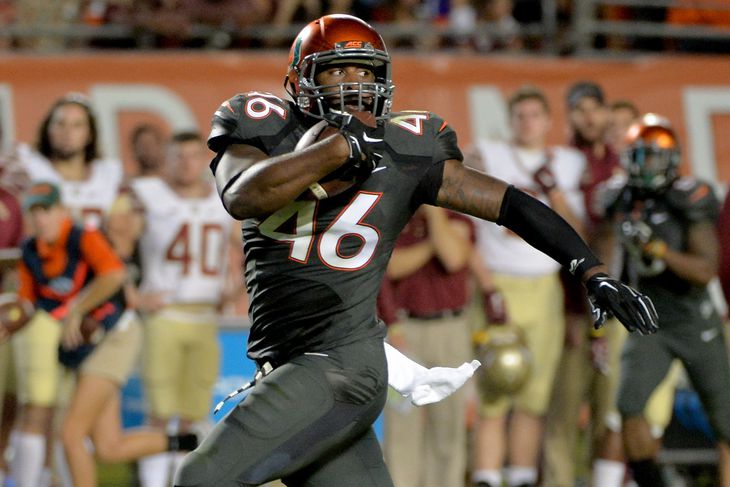 The Oakland Raiders were able to come away from the NFL Draft with a player who many feel is the No. 1 receiver of the 2015 class in Amari Cooper, a guy who’s expected to be a standout player from rookie minicamp on. And yet, when you take draft position into consideration, Cooper may not be the best pick the Raiders made during the draft.

Everyone knows and expects Cooper to be a stud. That should almost go without saying since he was picked fourth overall. Expectations aren’t nearly as high for players chosen in the third round. They’re expected to make the roster, and teams hope they can come in and start (eventually), but one most certainly doesn’t expect the latter to be the case. And when a player does come in and make an impact as a third-rounder, it’s seen as being a very good pick.

For the Raiders, there is a good chance that their third round pick in this year’s draft, tight end Clive Walford, could be their steal of the draft. Walford is a guy who will come in and be a starter for the Raiders almost immediately. He will be the only player on the roster at tight end who can both be a threat as a pass catcher while also blocking in both the run and the passing game.

But he’s far from merely being a check-down target for Derek Carr. Walford ran a 4.79 40-yard dash, plenty fast for a tight end. No, Walford doesn’t have the speed to be the next Rob Gronkowski or Jimmy Graham, but he does have the speed to stretch the field down the seam.

If you’re looking for a comparison, look no farther than the Raiders’ own Mychal Rivera, who ran a 4.8 40 yard dash before the Raiders took him in the sixth round two years ago. Rivera may not have elite speed, but he’s fast enough to make some big downfield plays. The difference is that unlike Rivera, Walford can block and runs much better routes.

On top of his speed, Walford is also very good at reading zone coverages and has a knack for finding soft spots and sitting down in them for his quarterback. Even though the Raiders got Carr the upper-echelon receiver he needed, I wouldn’t be surprised if he ends up leaning on Cooper and Walford equally.

There are plenty of questions surrounding the 2015 draft class for the Raiders, but surprisingly, there are few questions about their third round pick other than “just how good could this kid be?”