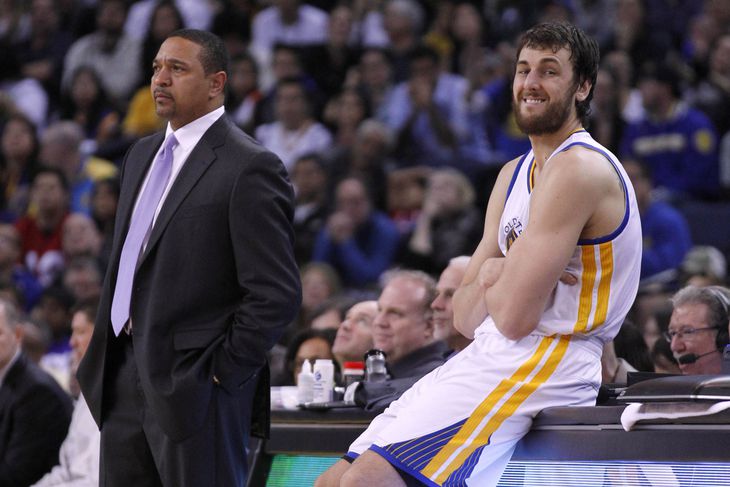 When Mark Jackson called the Warriors’ win over the Cavaliers a month ago at Oracle Arena, two specific quotes got more attention than anything else he said.

“Steve Kerr has done an outstanding job. They’re sitting, the best team in basketball today. He deserves a lot of credit. I think while giving him credit, there’s no need to take credit away from the past. You cannot disrespect the caterpillar and rave about the butterfly.”

“To me, a rim protector is overrated in this league. You look at the Warriors. No Andrew Bogut, their defense stays or even improves because of the identity, because of what they force you to do.”

Deadspin said Jackson “threw shade” during that game with his comments. Early Thursday morning, Bogut lobbed some shade back in Jackson’s direction.

This wasn’t the first time Bogut tweeted a not-so-subtle dig at his former head coach, either.

Diamond Leung of the Bay Area News Group caught up with Bogut a couple days after Jackson was in Oakland, and Bogut provided a hashtag-free explanation that spanned more than 140 characters.

Bogut in his NBA Australia blog wrote that there is no ill will.

“(Media members) think I really hate the guy, but that isn’t the case. Is he in my contact list? No. But that’s about as bad as it gets.

“I wish him all the best and look forward to more and more unique quotes in the future!”

The weird tension between Jackson and Bogut actually peaked a year ago, when Jackson told reporters that the center may have injured his shoulder sleeping, and after the game told reporters, “Please don’t twist my words.”