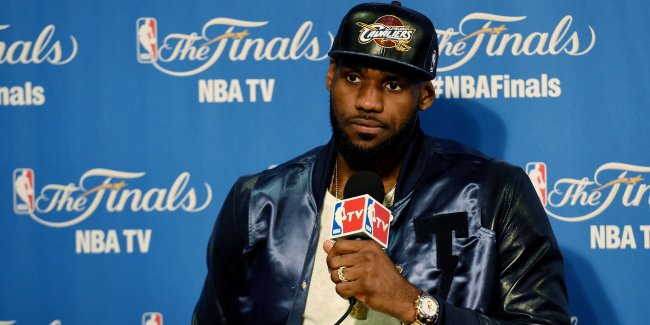 It was a spur-of-the-moment decision to fly across the country, but here I am in a hotel room 15 minutes away from Cleveland, getting ready to attend Game 6. After going on YSTL last night and listening to how confident everyone — including Ramon, the friendly parking attendant in CSN Bay Area’s garage — seemed about the Warriors’ chances tonight, I (with encouragement from my wife) realized this was a once-in-a-lifetime opportunity.

There were weather delays and flight cancellations last night. I wasn’t the only one who decided to fly across the country for Game 6, since a nonstop flight to Cleveland filled up before I could purchase a ticket. So I ended up taking a redeye to Pittsburgh, hopping in a rental Corolla my wife reserved while I was in the air, and driving a couple hours.

I stopped at Jim Harbaugh’s favorite restaurant (Cracker Barrel) for breakfast, and right after crossing into Ohio I checked out Cleveland’s sports talk options to take the local temperature heading into tonight’s must-win game for the Cavs. There was ESPN 850, which not surprisingly was airing Mike & Mike. Those weren’t the hot takes I was seeking. I needed local fire, so I went to 92.3 The Fan and I wasn’t disappointed.

A rundown of what I heard while driving past “ALL IN” billboards:

— Everyone is very confident that the Cavs will prevail in Game 6.

— Immediately after turning on 92.3’s morning show (Kevin Kiley & Anthony Lima), the hosts were openly mocking foreign NBA reporters covering the Finals. They played clips of journalists — all committing the unforgivable sin of speaking with accents — stating their names and affiliations for laughs. Name and affiliation (chuckle), name and affiliation (guffaw), again and again. Then the hosts would try to determine what was said, butchering the names intentionally and laughing throughout. “Mooshmooshey Wayaganan, Afghanistan Basketball! I need to buy an ad on the back cover of Afghanistan Basketball Magazine. Bwhahahaha! Afghanistan basketball!”

Granted, some of the questions throughout this series have been … interesting. But this was just two radio schmucks making fun of names that don’t sound like “Bill Smith,” like fourth-graders who don’t know any better.

— A little while later, a caller suggested that the Cavs dust off Kendrick Perkins to rough up Stephen Curry. This Clevelander was none too pleased with Curry’s “Something stinks in here, and I think it’s Matthew Dellavedova” expression in Game 5.

— The morning show guys interviewed Jim Barnett. In the intro, whoever was speaking brought up how Barnett has announced Warriors games for 30 years, and said “you must be bad luck, since they haven’t won anything in 30 years,” which was pretty funny coming from someone who talks about Cleveland sports for a living. Barnett, gracious as always, ignored the remark.

— They played a long LeBron James montage coming out of a commercial break, featuring at least 30 seconds of Skylar Grey singing “Coming Home.”

— James recently told the world that he’s the best basketball player in it, and it was pretty funny to hear the hosts of the next show tripping over themselves to explain why his quote was the right thing to say.

One guy noted how he’s known for not liking excessive celebrations and dances in the NFL (the other host grunted in agreement), but he appreciated James’ comment because it was “accurate.” Plus, he didn’t complain when Muhammad Ali said similar things.

I don’t disagree that James’ comment was spot-on, but it was amusing to hear those guys get so defensive. If Stephen Curry was clearly the world’s best player, and he said exactly what James did on national TV, there’s no way that the response would’ve been the same from these particular hosts.

— Andy Baskin and Jeff Phelps, host of the day’s second show (Baskin & Phelps), both think David Blatt should give minutes to Shawn Marion AND Perkins. They both wanted to see Perkins go up against Draymond Green for a few minutes when “the game got a little chippy.” No mention of clocking Curry on this show, however.

— One of the hosts (Baskin or Phelps, I have no idea) came out of the gate saying that the crowd at Oracle “sucks.” According to this guy, who attended all three games in Oakland, Cavs fans are far superior in every way. When a caller later complained that the folks outside the Q the other night were louder than the fans inside who bought tickets, the host disagreed wholeheartedly.

1. When there was a violinist at halftime, there was barely any electricity in Oracle Arena. (Uh, what?)

2. Tickets weren’t all that expensive to attend games in the Bay Area.

The hosts kept mentioning Seat Geek throughout the morning, so I did a quick check:

Maybe he’s speaking in relative terms, since everything is so much more expensive in the Bay Area? Who knows, but it’ll be fun to hear what these guys have to say on my way back to Pittsburgh tomorrow. That is, unless the Cavs win, in which case I’ll probably listen to music instead.

Draymond on Dellavedova vs Curry: “I’m rolling with Steph no matter what.”
Beautiful, ferocious, and a team in every sense: The Golden State Warriors are NBA Champions
To Top
wpDiscuz