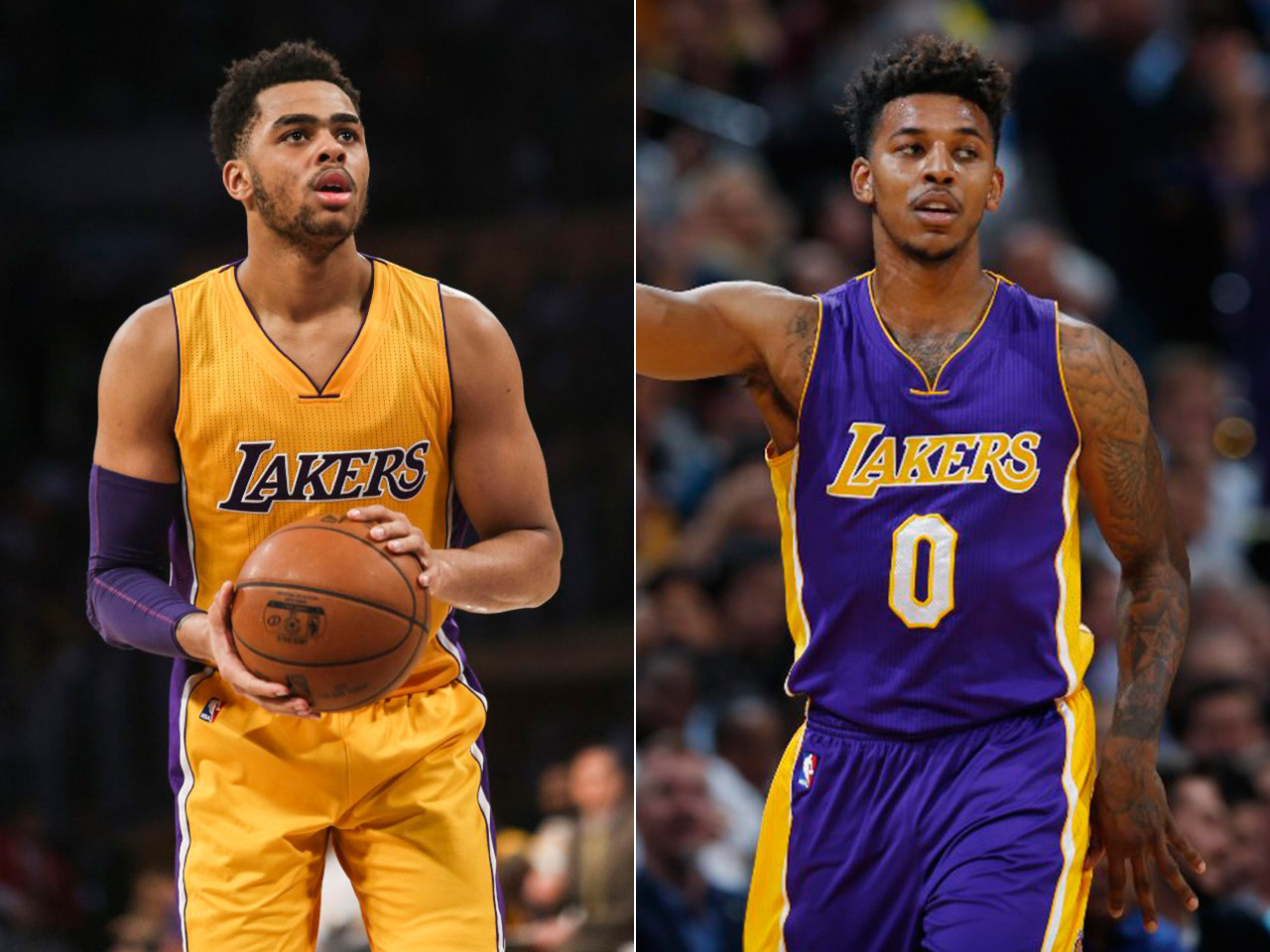 The Warriors are 67-7, thanks to a combination of talent, coaching and a cohesive organizational plan. They’re the best team in the NBA at the current moment, and although we don’t pay attention to divisional standings like we once did, it’s still worth a mention that they’re 20.5 games ahead of the Clippers, who are 17.5 games ahead of the third place team in the Pacific.

That team would be the Kings, who, despite their reputation for instability, are 14 games ahead of the last place Lakers.

For the first time in four decades, we live in a time when the Warriors are California’s best NBA team. And they’re also the Golden State’s only drama-free organization, as the other three teams have combined to produce just about every wild NBA story this season that didn’t revolve around LeBron James.

After an offseason that saw Lance Stephenson and Josh Smith join the team, it was surprising to see another power forward punch his way into the headlines. Blake Griffin, star of car commercials and possibly the third-best player in the 2015 NBA Playoffs, broke his shooting hand when it collided with the head of Clippers equipment manager Matias Testi.

Griffin has missed the past 43 games, and will miss two more as he finishes out his four-game suspension for the fight (which reportedly stemmed from Testi’s taunting Griffin about the team’s excellent record after he injured his quad).

— It took eight games for DeMarcus Cousins to curse out George Karl. (The Big Lead)

— Rajon Rondo suspended one game for homophobic comments made on Dec. 3 to referee Bill Kennedy, who announced he is gay 11 days after the incident. (Yahoo)

— “After Sacramento’s listless 120-100 loss Monday (Feb. 8) in Cleveland, with Karl’s dismissal increasingly regarded as an inevitability in league coaching circles, sources said the decision to proceed with a change on the bench is being made by Kings general manager Vlade Divac.” (ESPN)

— “The Sacramento Kings, in a dramatic about-face, have decided against firing coach George Karl after a meeting Tuesday (Feb. 9) between Karl and general manager Vlade Divac, according to league sources.” (ESPN)

— A week after the Karl-is-fired-oh-wait-now-he’s-staying mess, the Kings fired assistant Vance Walberg. “Obviously (Karl) didn’t like it, but I felt like we had to do something to shake things up,” Divac said. (Sacramento Bee)

— “But the takeaway, one that was true then and remains true, is that the coach is clearly not the problem. Kings majority owner Vivek Ranadive, who runs a fear-ridden fiefdom and guards so effectively against those who dare to combat him, most certainly is.” (USA Today)

@World_Wide_Wob Cousins screaming at George Karl. Rondo gets in front of him trying to calm things down…..lol. pic.twitter.com/A8ezpuOaS5

The Kings suspended center DeMarcus Cousins for one game tomorrow vs Orlando for incident shown below, source said. https://t.co/63X0ZvUva3

— “What do you think,” Cauley-Stein responded to CSN California when asked if he thought he had done something to warrant the reduction in minutes. “You’re watching the same game. So if I’m doing something wrong, I’ve been doing it wrong the whole year.”

— “The wildly talented Cousins is a lot of things, but he’s no dummy. He sees the justifiable criticism of Ranadive, whose refusal to stand by the only NBA coach who truly connected with Cousins, Michael Malone, in Dec. 2014 was one of the many plot twists that helped cause this mess. He sees the in-fighting on the coaching staff, with assistant coach Nancy Lieberman identified as a Ranadive confidante and thus unofficially exiled by Karl months ago.” (USA Today)

— Karl on Seth Curry: “He’s going to be around for a couple years.”

— Cousins on Seth Curry: “You going to be in this league a long time boy, remember that. A long time.”

Boogie Cousins has some postgame words of encouragement for Seth Curry https://t.co/aCZldU8eKt

The list of Kings stories may be ridiculously long, but the combined strife in the state’s capital might not equal the soap opera firepower produced by the juvenile silliness we’re seeing in L.A.

For whatever reason, rookie point guard D’Angelo Russell was secretly recording a video while conversing with teammate Nick “Swaggy P” Young about Young’s sexual conquests. Those included sleeping with a 19-year-old and possibly cheating on Young’s fiance, Iggy Azalea, whose “rap” style shows what adults in Peanuts cartoons would sound like if their words were translated.

Russell reportedly uploaded the video to Snapchat, thinking he could delete it without leaving a trace. He was incorrect in that assumption.

Things haven’t gone well for Russell since, according to a wild story from ESPN’s Baxter Holmes and Marc Stein.

At a recent breakfast meeting, one source said, no Laker would sit with Russell at his table. The source added that, in another instance, Russell came into the locker room and sat next to guard Lou Williams, who got up and walked away.

hmmm i see D Angelo Russell is trending… I actually liked his film. Thanks bro.

Remember when the Warriors were the team that led the league in B.S. like this? Well, maybe not the Russell/Young/Azalea thing — that situation only could’ve unfolded the way it did in today’s era. But they had their own version of the Griffin/Testi fight 19 years ago, when Latrell Sprewell choked P.J. Carlesimo. Monta Ellis crashed his moped and lied about it in 2008. “Flunkster Dude” visited a Warriorsworld forum and stuck up for the team seven years ago, and assistant Darren Erman was fired after secretly recording conversations between coaches and players in 2014. That was just weeks after another Mark Jackson assistant, Brian Scalabrine, was reassigned to Santa Cruz.

And the supposed drama that took place in Oklahoma City, when Lisa Salters overheard Draymond Green loudly (and profanely) arguing with Steve Kerr at halftime? That’s nothing compared to these other California teams. Hell, the Warriors came back and beat the Thunder after Green’s tirade, and he apologized to everyone within a couple of days.

It’s not necessarily a chicken-or-egg situation — losing usually leads to drama and dysfunction, not the other way around. And in the top-heavy NBA, the vast majority of execs, coaches and players are bound to be frustrated a good deal of the time. Patience is not considered a virtue in this league, even though it’s required by just about every team besides the Warriors and Spurs at this point.

However, one look at Golden State’s history shows how lucky they are today. They’ve made many changes and worked hard to get to this point, but any team’s grasp of cohesion is tenuous. The Warriors’ ability to remain on their perch will probably correlate with how long they can not only keep this core together, but keep everyone fighting for each other instead of with each other.

Warriors are going for the record, and we’re about to see how important rest really is
Warriors cap monster Bay Area sports day with win No. 70
To Top
wpDiscuz