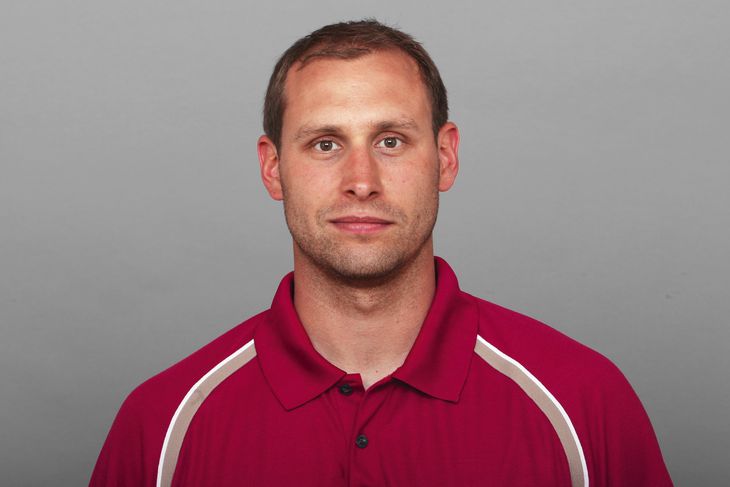 The 49ers are probably going to hire Adam Gase to become their next coach, unless John Elway convinces Gase to stay in Denver and the 49ers settle on Jim Tomsula. At least, that’s what I’m assuming at 12:45 pm PST, Jan. 14, 2015, based on this tweet:

Coaching sources and others around NFL continue to tell me they expect the next 49ers head coach to be Adam Gase or Jim Tomsula.

With Baalke flying out to Denver for a second interview yesterday, and the Broncos still in the process of satisfying the Rooney Rule (which totally convinces teams to have an open mind about minority candidates, right?), many 49ers fans are reacting as if Gase has already been hired. And that’s where the Five Stages of Gase come into play.

“I still think Vic Fangio will be the 49ers’ next head coach!”

“Hmmm … maybe Vic Fangio will listen to what Gase has to say and remain as the team’s defensive coordinator! Fangio is a smart guy, he’s getting paid a high salary compared to other coordinators, and he’ll keep an open mind.”

That’s despite several reports stating that Fangio would hit the road if the 49ers hired a 36-year-old head coach instead of himself or Mike Shanahan. The people who think Fangio would stick around and coach under Gase are the same ones who screamed throughout the first three weeks of December that Jim Harbaugh would coach the 49ers in 2015.

This is where 49ers fans hit the rewind button and ask how Jed York and Harbaugh could’ve worked things out. “Why didn’t the 49ers fire Greg Roman and steal Gase from the Broncos to be Harbaugh’s new OC??? Would that’ve been so hard? They could’ve traded for him!”

Most fans who remember everything about the 49ers’ last Super Bowl win will be older than the team’s head coach (if Gase gets the job, that is). This will lead to each 49ers fan staring into a mirror and spreading the creases next to his/her eyes in a sad attempt to reverse the aging process … followed by lots and lots of drinking.

The best comedy usually stems from a place of anger and pain, and fans will spend the next few days making fun of Gase. This process has already started.

You can never unsee this. pic.twitter.com/4LQt0VSsyj

Some people may even stretch this out even further and say Gase looks like Craig Dahl (another fan favorite). Even if Fangio bolts for Arizona, I can guarantee that this will occur: Within weeks (possibly days or even hours if Gase nails his introductory press conference), 49ers fans will go on and on about how incredibly awesome the team’s offense will be next year.

“The Broncos were first in points and yards in 2013, and were still in the top five last year. Just think about all he’s learned from Peyton Manning! Our passing attack is gonna be so SICK! Colin Kaepernick is going to become a better version of Randall Cunningham, Vernon Davis will come back to life, and we’re gonna wreck shop! Besides, the defense is so good and full of vets, they can probably coach themselves anyway.”