Welcome back for the exciting conclusion of our 49ers season review!

In parts one and two of the series, we analyzed the abject failure which came to define the 2013 San Francisco 49ers from every possible angle. Niners fans kept up a long tradition of calling KNBR to rage against imperfection.

See what I mean?

But not every caller fits the Salty Balty mold. Contrary to popular belief, most of the people who call KNBR are semi well-adjusted members of society, who just happen to have awe-inspiringly bad sports takes (and enough free time to wait on on hold for hours to share them). So far in this series, the passionate crazies have been getting all the headlines, but what about the not-so-passionate crazies?? What about Todd in Morgan Hill? Why isn’t Brad in Fairfield getting the love? Who’s waiting patiently by their radio hoping to hear Jeff in Orinda?

“Hi, Murph & Mac! This is Jeff in Orinda. Thanks for taking my call. I’d like to engage briefly in jocular banter with you, then share my ridiculous sports opinion!”

I’ll tell you who’s paying attention to you, Jeff in Orinda. I am! It’s your time to shine, Jeff!

In this third and final installment, we shake loose of the crippling negativity and shine the spotlight on the lighter side of KNBR callers.

You know this person. It could be your dad, or your sister. It could be an old college roommate you talk to once a year, or the Bros a couple stools down from you at the bar. As sports fans, we all have a guy or a gal in our lives who’s never satisfied just telling you how crappy their favorite team is doing. No, that’s not good enough. This person must tell you how they would fix all of their favorite team’s problems.

You see, they watch sports. Like, a lot. This person may have even played sports at some point. They know the game. They see things. Things most professionals getting paid millions of dollars don’t even see.

And they love to call KNBR…

“Here’s what the 49ers need to do. They need to have an offensive players meeting with Harbaugh and Greg Roman and get on the same page.”

C’mon, people! It’s not a difficult concept. Meet. Together. In a meeting.

Couldn’t agree more. This is football. Sometimes you simply have to go with the hot hand.

“When the 49ers are in that single back formation without any wideouts, they’re just telegraphing their run plays.” #analysis

Well, derrrrr … This caller has Professional Football Scout written all over him.
HIRE THIS MAN RIGHT NOW, BAALKE.

For some of these callers it’s not enough to just be revolutionizing the game. They’ve got their fingers on the pulse of every part of the organization.

“I’ve met a few players, and let me tell you, Harbaugh will not be a happy camper at practice this week after that game.” #LOLKNBRInsiders

It’s like these KNBR callers are inside the building!

“I don’t wanna start any controversy or anything like that, but…I heard Harbaugh wants more money and he wants more power and everything.”

Eat your heart out, Adam Schefter!

“If Colin was my employee, I would coach him that he doesn’t need to be what he’s being.”

Let me tell ya something, KNBR callers just know coaching.

On Colin Kaepernick’s progression as a quarterback: “When the game comes to him…I really think the game will come to him…” #analysis

The level of detail in this caller’s analysis is just … wow.

“I got a couple keys to winning the game for the 49ers…run the ball…keep playing the game the way they need to…and throw the ball.”

Wait, wait, let me get a pencil. I want to write this down.

First, you run the ball.
Then, you keep playing the game the way you need to.
And finally, you throw the ball.

This is brilliant. No, seriously. I think the 49ers can win with this offense next year. It’s like a modified version of the West Coast offense, just slightly less complicated. Let’s call it the LOLKNBR Offense.

Some of the things callers say defy all conventional means of categorization. Sometimes their thoughts are so random, it stuns the listener into silence.  In this case, I’m just going to let the many faces of Jim Harbaugh (and friends) represent my commentary.

“I’ll be at the 49ers game tonight, down on the field, taking pictures of the cheerleaders, hopefully…and hugging some of the players.”

“Gary, let me give you what I call a hypocritical hypothetical…” Caller: “Frank Gore is the Jeff Garcia of running backs.”

“ANTOINE BOLDIN IS A DEEP THREAT!” 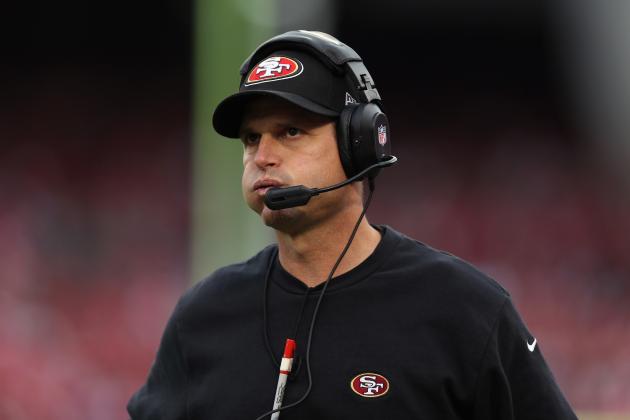 “No, I wouldn’t suspend him for the game on Sunday, but he definitely needs to spend some time behind bars for this.” #aldonsmith Caller: “Hi, Ray. I just want to say isn’t it ironic that because of all this Incognito is no longer incognito?” Ray woodson: [Bochy noises] “Kaepernick should take a lesser contract and just have the endorsements, like Tom Brady did, so the Niners can sign more players.” Caller thinks the 49ers have been “covering up something” with Crabtree all season because “he doesn’t even look like he had an injury.”

The caller suggested Crabtree was never injured and that the 49ers orchestrated a cover up of an incident “something like Aldon Smith did.”

“Roman gets too cute. They ran Anthony Dixon on the sweep. If you’re gonna run the sweep, run it with Al Gore…errr…Frank Gore.” Caller: “Frank Gore gets my game ball…but Perrish Cox can rub up on the game ball too. He played great.” #49ersPostgameShowAfterDark

“I know Indians personally and they love football.” #LOLKNBRStreetCred 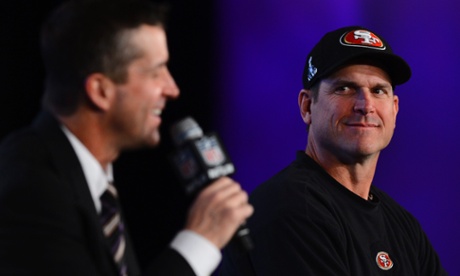 “Should we be trading Patrick Willis or Navarro Bowman…or LaMichael James…for a true number one receiver?”

Okay, that just about wraps up the 49ers season. But, wait! There’s more!

These calls really had nothing to do with the 49ers, but they were funny as Hell, so I’m throwing them in at the end. Enjoy!

KNBR callers are so romantic…

Caller: “Shout out to my wife on our anniversary.” Murph: “Is she listening?” Caller: “No, probably not…but my buddies will hear it.”

There’s a lot going on here. Just gonna leave it alone and move on.

“God help me if I ever get married again, but if I die, I’d want my ashes spread on the shores of McCovey Cove.”

Some of you may not be aware, but Salty in Clovis actually left Clovis sometime last year and moved to Sacramento. In October, Salty from Sac called the Gary Radnich Show (with larry krueger) and engaged in a frank, very personal discussion with Gary.

Radnich: “Dave, are you in Sacramento now?” Formerly Salty Balty in Clovis: “Yes. I’m hiding from some things…”

Like any skilled interviewer, Gary pressed Salty to reveal more to the audience.

Salty Balty: “I’m running away from something.”

/turns up radio, anticipating some important revelation about Salty Balty

At first, it sounded like Salty was ready to reveal some deep, dark personal issue, but nah. He just called to bitch about Kyle Williams.

The 2013 MLB playoffs didn’t have quite the same sizzle without the Giants, but that didn’t stop KNBR callers from breaking down the World Series matchup in their own special way.

“Those Red Sox guys are just like the Duck Dynasty. They’ve all got long beards and they’re a bunch of crackers.”

The football season was intense. Emotions ran high. People said and did things they regretted later. Like this guy.

“Gary, I’m sorry I yelled at you last week. My mother called me and said, ‘Why’d you talk to Gary like that?’ so I’m sorry about that.”

“Gary, you may remember me, I called you 3 years ago. My opening line was, ‘you have a face made for radio.’ You didn’t take to well to it.”

Gary: “Tim in Sacramento has been waiting on hold for over 2 hours to talk about home plate collisions. We’ll get to Tim after the break.”

Bro. Did you even play football, bro?!

“Gary, did you play the game? I played inside linebacker for the King City Mustangs back in the 70’s.” #LOLKNBRStreetCred

As usual, Sportsphone 680 with Ray Woodson provided the most amazing material throughout the football season.

Ray: “How many cheerleaders HAVE you dated??” Caller: “Well, it started in high school and now it’s kind of a tradition.” #LOLKNBRStreetCred

“I’ve been chewing gum for a long time. I’ve bitten my tongue many times. I hope Pete Carroll bites his on Sunday.”

“I’ve had a couple back surgeries, and you know what, a little bit of doobie does ease the pain.”

“One of the things that no one ever talks about with Candlestick is the Will Clark thing…in ’89…that hit against the Cubs he had.”

Nope, nobody ever mentions that.

“If either one of you needs a personal man-servant, just let me know.”

Woodson: “I could’ve had my sister’s pet dachshund bark into the phone & that would’ve made more sense than some of the callers last night.”

Walcoff: “Let’s go to The Doctor in San Bruno. Are you a doctor of sports talk?” The Doctor: “No, I’m a real doctor, with real laryngitis.”

“I watched the game w/ a friend who has a stat he made up called Lucky Charms. He counted 20 Lucky Charms for MSU and only 2 for Stanford.”

“You know, I have to tell you guys, Randy is my incognito name…but my real name is Leo from San Rafael.”

Caller rambles on loudly for several minutes about Johnny Manziel, then under his breath… “Oh, crap. There’s a cop.” [hangs up]

“I lived in Omaha for 21 years and I’ve haven’t said Omaha as many times as Peyton Manning did yesterday.”

Ray Ratto: “How much money would they have to pay you to watch the Pro-Bowl draft?” Steve Young: [Bochy noises]

“My wife said, baby let’s go upstairs, and I had to tell her, baby I can’t get the vision of Roseanne Barr grabbing her crotch out my head.”