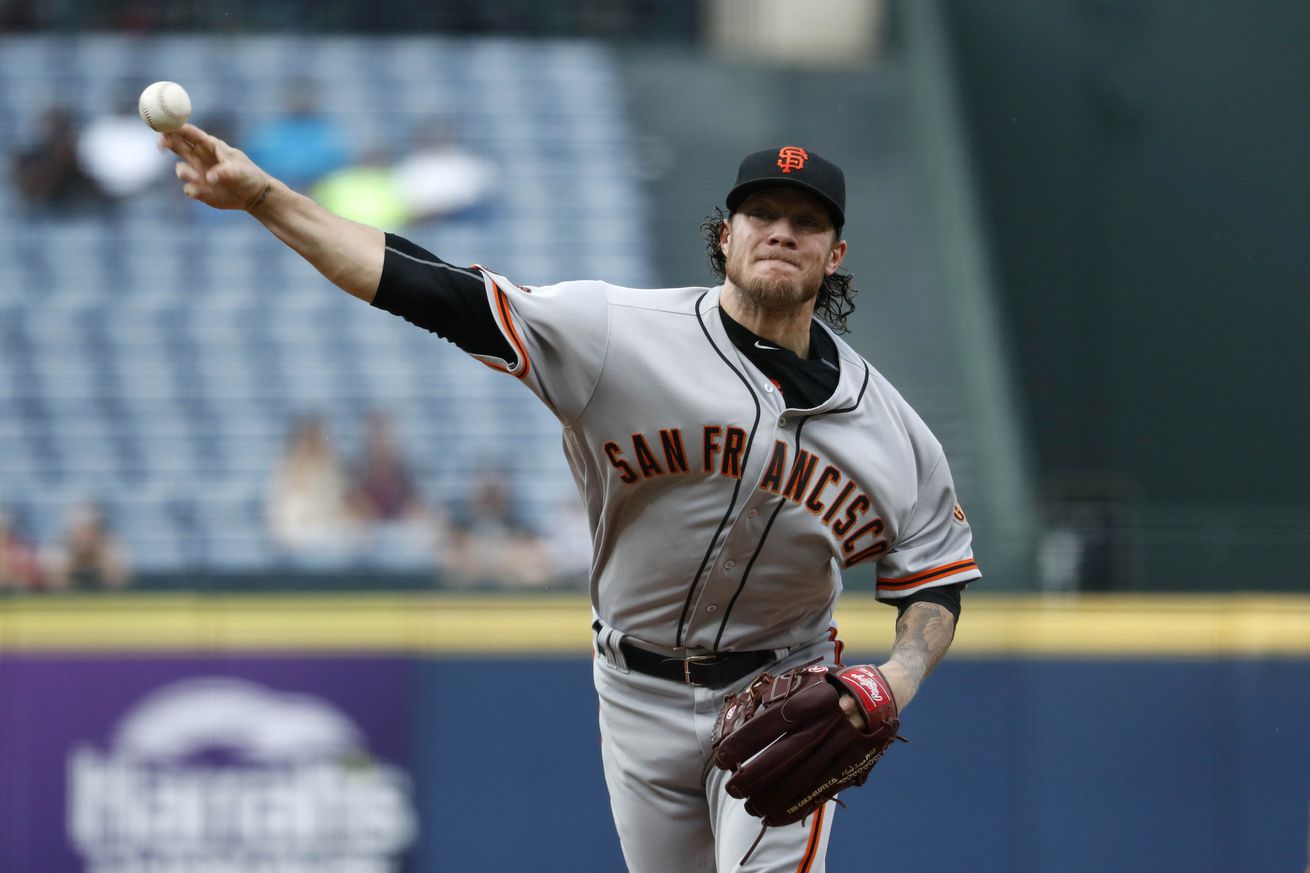 Jake Peavy managed to turn back the clock on his 35th birthday against the Braves, pitching seven scoreless innings and allowing one base runner. This was easily Peavy’s best start of the season. With Matt Cain on the disabled list for at least another week and half, the Giants will take anything positive that they can get from the end of their rotation.

Does this represent a turnaround or was this just an aberration against the worst offense in baseball?

Peavy’s strikeout and walk numbers don’t show a huge decline, but they are trending in the wrong direction.

His strikeout rate is the exact same as last season and his walk rate is up from last year but still below his 2014 season. The strikeout-to-walk ratio has continued to decline to a career low this season. His velocity has also shown a decline — Peavy has lost 1.5 MPH from all of his pitches this season, with his average fastball below 90 mph for the first time in his career.

The batted ball mix he has allowed this season isn’t especially different this year than it was over the last few. The only major difference is that he has actually increased his groundball rate, which should be a good thing with the infield defense the Giants have behind him.

He has given up the third-most hard hit balls and fourth-least soft hit balls among starters with at least 40 innings pitched. When he has given up contact this season it has been hit hard and that goes a long way toward explaining why he has a batting average on balls in play allowed of .345 compared to the league average of .295.

Those hard hit balls have come in just about every inning against Peavy. For starting pitchers there is what’s called the times through the order penalty. The short version: every time a batter sees a pitcher in a game, he hits better against him. Peavy’s career has definitely shown this trend:

Things have deteriorated further this year, as he has gone from a guy who was a solid-4-or-5-innings-and-then-you-need-to-pull-him-at-the-first-sign-of-trouble pitcher to one that makes you really question if he can start at all.

The stats for Peavy aren’t great and there aren’t many silver linings to be found in his struggles that suggest he can bounce back to his former form outside of his last start.

Peavy went through a similar rough patch when he was with the Red Sox in 2014 before he was able to turn it around and pitch very well for the Giants in the second half of that season. That he has gone through a rough patch before and was able to regain his ability to be an everyday starter is a positive. This time, however, he has an additional 2600 pitches on his arm and things can fall apart quickly for a pitcher in his mid-30’s.

The Giants are in a good position, in that they have three starting pitchers who are pitching lights out this season. As a result, Peavy’s struggles haven’t killed them and they can afford to give him some more time to try to see if he can bounce back. But the stats suggest that Giants scouts should be busy looking for a replacement sooner rather than later.

Giants fans mourning loss of Tim Lincecum for the second time
Giants on pace to win 99 games … wait, what?
To Top
wpDiscuz