Many of you know that the city of San Francisco has a controversial sanctuary policy concerning certain individuals. I have no intention of getting political with this column, but I bring up such a fact because just eight miles to the east, Oakland seems to have a sanctuary policy concerning washed-up baseball players. If a player is discarded from any of the other 29 teams, the A’s will most certainly kick the tires on him. It’s kind of like whenever an NFL player with a criminal past becomes available, the national media will most assuredly mention that the Raiders would “be a good fit.”

The A’s operate this way because they are the personification of frugality. They are the Fiefs of Cheap. Free players are always welcome with open arms at the Coliseum. Another man’s trash is another … well, you know the rest. That’s the A’s model: just squeak by, and if we win, great. If not, great, we’ll still get richer by acting skint. It’s a defeatist attitude that some A’s fans actually embrace and wear like a badge of honor. They brag about getting more wins per dollar spent, like that might possibly be something of which to be proud. It’s professional sports! Wins are ALL that matter, and it doesn’t matter how a team goes about getting them. 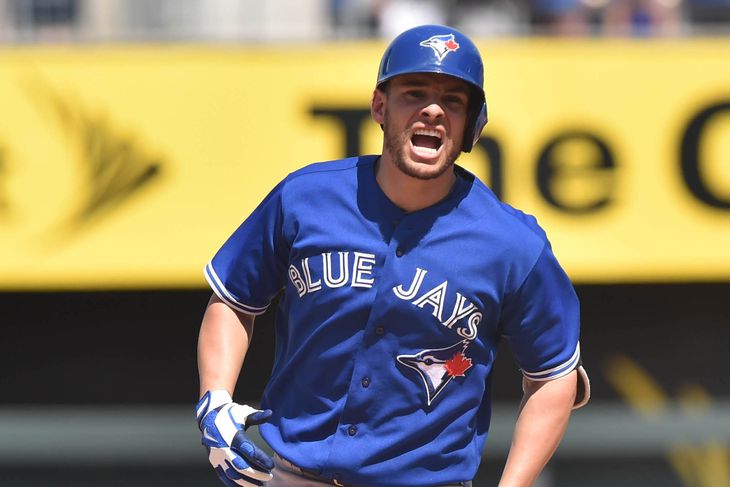 Take a quick glance at the A’s 40-man roster, and you’ll see plenty of players who were deemed surplus to requirements in another big league city. The A’s new closer, Edward Mujica is one. So is outfielder Jake Smolinski. Also pitchers Felix Dubront, Dan Otero, Evan Scribner, Pat Venditte, Taylor Thompson, and Jesse Chavez. This is an obscene amount of castaways to have on board. Every once in a while, a jettisoned player has some real value. Jesse Chavez is one. And spare a thought for the newest member of the unwanted, Danny Valencia, because he is a rare case. Valencia was actually having a pretty good season for Toronto (.293, 7 HR, 29 RBI) , but when the Blue Jays overhauled 20% of their active roster by trading for five new players, open spots needed to be created and Valencia found himself as cannon fodder.

Whenever a released player goes through waivers, the league that player was in gets first dibs, rating from worst to first. Therefore the A’s had the very first crack at Valencia and wisely snapped him up. This moves allows the team to get Eric Sogard and his .240 average out of the lineup by moving Brett Lawrie to second base and placing Valencia at third. Many might see this as a “bold move,” but I beg to differ. There are no bold moves when you are the worst team in the league, only middling ones. But this new acquisition does make the team better, and any good news for A’s fans at this point is worth at least a mild shout. Valencia also has two more years of team control, so he has the chance to stick around past October.

When I saw yesterday that Houston had DFA’d Dan Straily, I figured the over/under for Billy Beane to claim him was around 3:00pm. As of this writing, the former A’s pitcher was not yet back in the Green & Gold fold. Just give it a few more minutes … it’s going to happen. Why? Because that’s how this A’s ownership group rolls. Why pay for players when they seem to grow on trees?

A perfect weekend in Oakland
A’s and Astros: A contrast in ambition
To Top
wpDiscuz