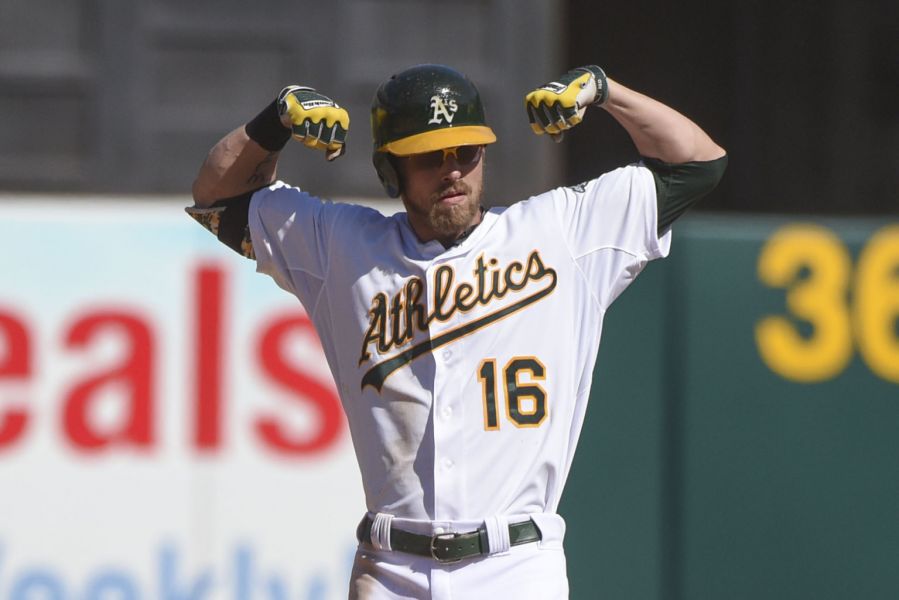 One rather weird and unsightly aspect of being a major league manager is the month-long campaigning they do every June for certain players to be included in the All-Star Game. Normally it begins with a question from a media member over whether someone is worthy of the honor, and then the skipper will inevitably agree and add a few more names from his squad. The manager wants his players to know that he’s got their back and this is yet another way of showing such a thing. The ensuing articles and headlines written from these solicited endorsements then trickle down through osmosis into the brains of the fans, who can vote online an obscene 35 times a day.

After the past embarrassment of the Reds getting seven players elected to start for the National League in 1957, baseball has tried to temper fan ballot-stuffing in various ways, but every year there seems to be at least one myopic and over-exuberant fan base. This season it’s Kansas City, which holds the title of Lunatic Fringe. But A’s manager Bob Melvin has consistently trumpeted the baseball virtues of three of his charges for inclusion in the Midsummer Classic: Sonny Gray, Stephen Vogt and Josh Reddick. Do all three merit the honor? Yes, they do, but Reddick will not get in.

Gray is a slam dunk to be an All-Star. He could have been one last year after Oakland had sent practically an entire busload of players to represent the AL (and NL, too: Jeff Samardzija). The A’s ace is 9-3 and has the lowest ERA in the league at 2.09. Vogt is a great story of perseverance since he’s finally the everyday catcher for a team at the age of 30. More important is his ability to drive in runs, as he’s tied with Detroit’s former Triple Crown winner Miguel Cabrera for the AL lead in RBI with 53. Vogt also is hitting .300 and has a strong case for being an All-Star. But what about Reddick?

You can look at Red’s offensive numbers of .287, 10 home runs and 46 RBI and say that would and should be good enough right there for inclusion. But that’s not how it works all the time. If you go by last year’s AL team, there were six overall outfielders on the squad. Would Reddick be one of the top six this season? Sometimes you need to be a big name, and he’s not one. He’s also been awful at the plate for the last two and a half seasons before this year began. Some voters might still hold him in that unfavorable light.

Taking a closer look at the American League outfielders, you can say for certain that Mike Trout will start, along with KC voting favorites Alex Gordon and Lorenzo Cain. That means Reddick (10th in the voting when totals were released a week ago) must grab one the remaining three spots, and his competition is formidable. Toronto’s Jose Bautista is a huge name and has more power numbers with 15 jacks and 50 RBI. Michael Brantley of the Indians made the team last summer and is hitting .294. Yoenis Cespedes is a massive name after winning the last two home run derbies, and has a great offensive line of .300, 10 and 42. Brett Gardner is a Yankee, which must never be discounted in the pecking order of America’s psyche, and has .300, 9 and 39 for his numbers at the plate. Adam Jones of Baltimore is no stranger to the All-Star Game and is batting .293. And Boston’s Hanley Ramirez, the converted infielder, is batting .283 with 15 and 38 for the Red Sox (another huge media darling).

You may notice that I’m not mentioning Reddick’s previous Gold Glove or his strong arm. That’s because All-Star Game voters couldn’t care less about those attributes. They only look at production with the bat. It also doesn’t help Reddick that he plays for an awful team. So as I see it, Josh Reddick is 10th in line for 6 spots. In other words, he has zero chance of making the All-Star team. There are simply too many guys ahead of him with bigger names performing at the same level.

Josh Phegley can hit, too?
A’s fans have every right to believe crazy rumors
To Top
wpDiscuz