There’s a saying in warfare: once the bullets start flying, all strategies are thrown out the window. It’s often the same way in sports. Injuries are usually the main culprit for scuppering well-laid plans, but there are also arrests, suspensions, retirements, and just poor performances by players. This is why only a foolish general manager of any sports franchise wouldn’t have a Plan B, C, and probably D, ready to enact at the needed time.

It could merely be a question of depth, and no sport has reserve talent like baseball. They might not always be ready for the major leagues, but there are multiple layers of veterans and prospects waiting in the wings, waiting for a call to The Show. One example of a Plan B would be Billy Burns. He was not expected to be a part of the A’s this year, despite having a nice Cactus League showing. No, he was going to get a full year at AAA-Nashville (and perhaps even some time at AA-Midland) to hone his skills. But after pathetic offensive displays from both Sam Fuld and Craig Gentry in center field, Burns got his chance and has grabbed it with both hands.

The big Plan B now is how the A’s will fill the three holes left on the roster when Ben Zobrist, Scott Kazmir and Tyler Clippard get (hopefully) traded soon. (See my previous article as to why I say hopefully.) Bob Melvin and his staff will never give anything less than a 100% effort into winning, no matter who is on the roster. There is a lot of baseball left to be played this season. Assuming no major league players come back in any of the trades, which might be a bit of a stretch, the options as to what the A’s can do is as follows: 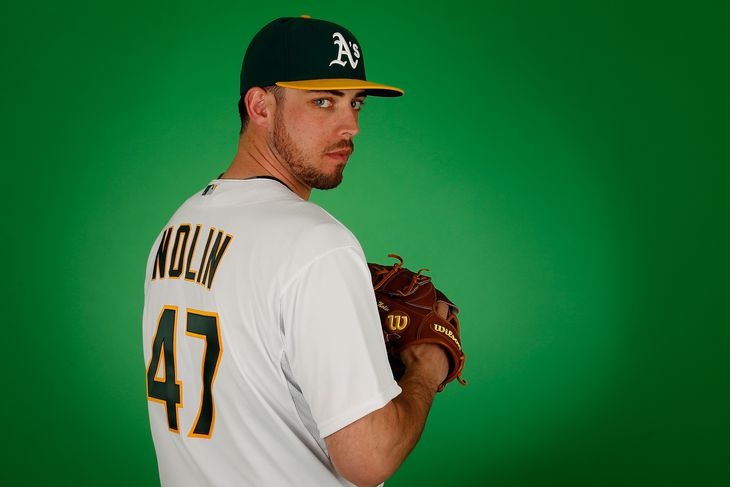 Q. Who will fill Kazmir’s spot in the rotation?

A. For the next go around, the A’s will keep a four-man rotation. With Jesse Hahn’s stay on the DL to be longer than expected, one would assume Chris Bassitt would get the call again to take his place, especially since he’s sporting a 2.93 ERA with the big club this year. Bassitt would then remain in the rotation once Hahn got healthy.

But in the interim, there would be an open spot. The A’s could go with nostalgic pick Barry Zito (3.57 at AAA), Arnold Leon (3.63 at AAA), Sean Nolin (2.67 at AAA), Brad Mills (4.20 at AAA), or the recently promoted Nate Long (4.70 at AAA.) I would think Nolin would get the first look. He was in with a shout in spring training to fight for a rotation spot but injuries kept him out of reckoning. Part of the Josh Donaldson trade from Toronto, Nolin had a sports hernia over the winter. Another option would be to put Drew Pomeranz back into the rotation, but he’s been the only semi-reliable lefty out of the bullpen lately.

Q. Who will replace Clippard as the closer?

A. The obvious answer is the man who was supposed to be the closer, Sean Doolittle. But Doo has been on the 60-day DL since May 30th and just was able to long-toss 90 feet on Friday. He will increase that to 105 feet soon and then perhaps be ready for a minor league rehab assignment — no timetable yet.

Melvin could go closer-by-committee in the meantime by simply riding the hot hand, if there even is one.

— They could recall former All-Star closer Ryan Cook from the PCL but it wouldn’t inspire many fans with confidence. He has seven saves for Nashville but an ERA of 4.50 down there (not to mention his A’s ERA of 10.38)

— R.J. Alvarez, part of the Derek Norris trade with San Diego, has five saves for the Sounds but an ERA of 13.00 for Oakland.

— I think now that Dan Otero is back after his demotion, he might get the first crack at it. Ouch.

A. This is a two-part answer, because he plays left field and second base. Zobrist missed time already this season and Eric Sogard became the everyday second baseman, so we know what will happen in the infield. As for left, we’ve already seen the likes of Mark Canha out there, but I think Jake Smolinski might get a chance. “Smo” has done nothing but rip the cover off the ball since he’s been brought up. But Zobrist’s leadership and swagger cannot be replaced by anyone on the roster right now.

It’s not a pretty picture. But a worse scenario would be to hold out false hope and get nothing in return, beginning next year’s spring training with the same crappy team … minus three former All-Stars and the hot prospects their trades would have procured. That would mean instead of losing three players, the A’s would be losing out on at least six. Bad idea.