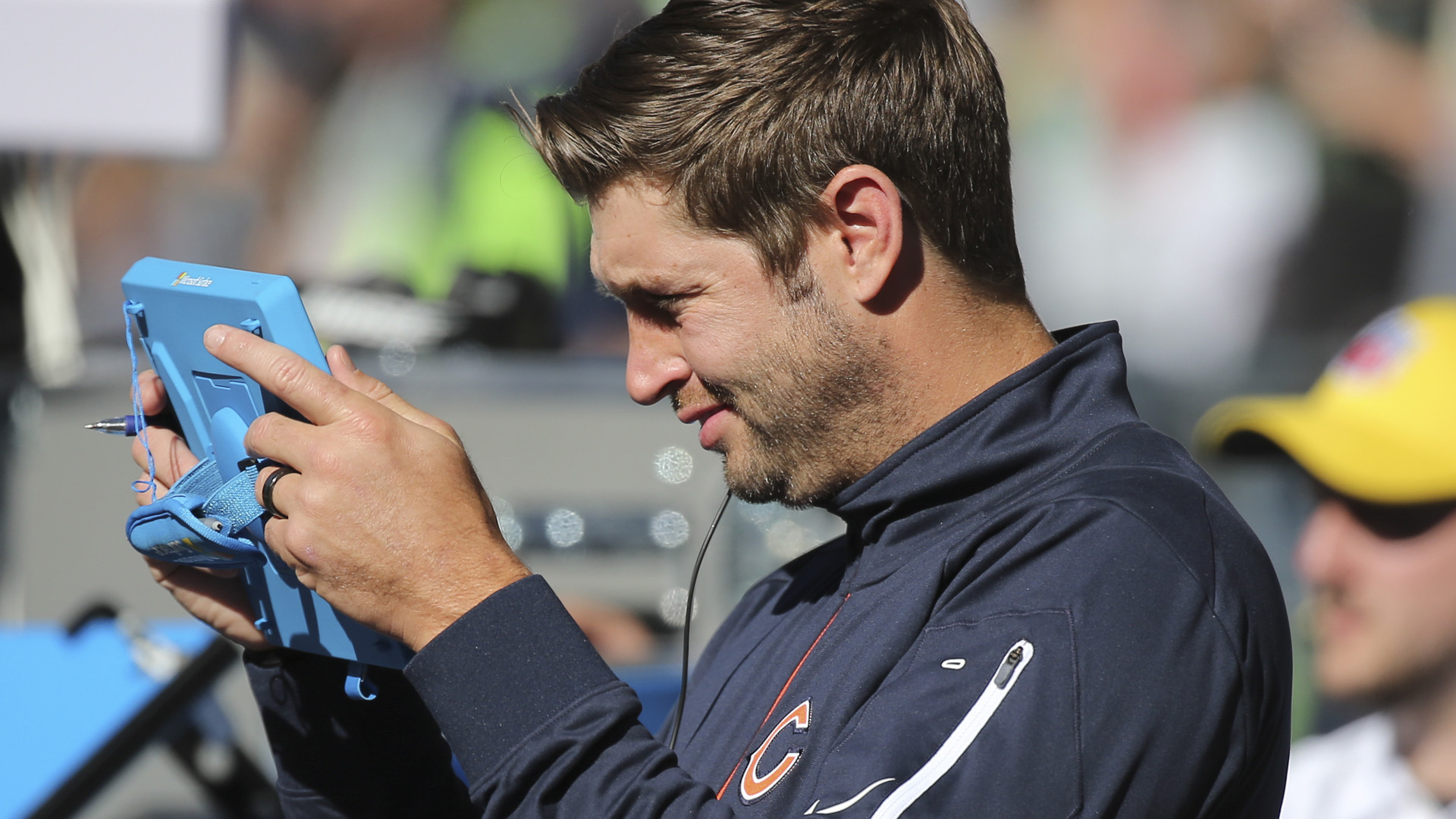 The Oakland Raiders have a very difficult schedule this season, but it’s been hard to tell based on the teams they’ve played or the team they are scheduled to play this weekend, the Chicago Bears. After getting blown out by what appears to be a very good Cincinnati Bengals team, the Raiders managed to secure back-to-back wins over the surprisingly bad Baltimore Ravens and the probably-as-bad-as-you-thought Cleveland Browns. And now, to finish out the first quarter of the season, the Raiders are traveling to Chicago to take on a Bears team that appears to be in utter turmoil.

Earlier this week, the Bears traded away Jared Allen and Jon Bostick and waived Brock Vereen while rumors swirled that the team would be considering trade offers for running back Matt Forte and wide receiver Alshon Jeffery. Meanwhile, the team is coming off of a shutout loss to the Seahawks in which they were the first team in the modern era of football to punt on every single offensive possession. For the second straight week, Jay Cutler (hamstring) and Jeffery (hamstring, calf) could sit out on Sunday.

When looking at the schedule for the Raiders, this week seemed like it would be a good test. The Bears have a new coaching staff after a disappointing 2014 season and would be ripe for a potential upset. It was not a game that was considered “easy” by any means, but it also was not looked at as impossible. Now, however, the Raiders are actually favored by three points in the game as the Bears still look like they are trying to figure out what exactly is going on.

So rather than this being a good test for the Raiders because the Bears are a solid team, it’s an opportunity for the Raiders to finish the first quarter of the season with a 3-1 record before they begin to take on the more daunting part of the schedule. Immediately after the Bears, the Raiders play the first of two games against the Denver Broncos and what might be the best defense in the league. Throughout the remainder of the year they will also take on the Chiefs and Chargers twice each, the upstart Jets, the Steelers and the Packers.

Winning on Sunday and matching last season’s win total by Week 4 would be huge for this Raiders team as they look to turn the corner this season.