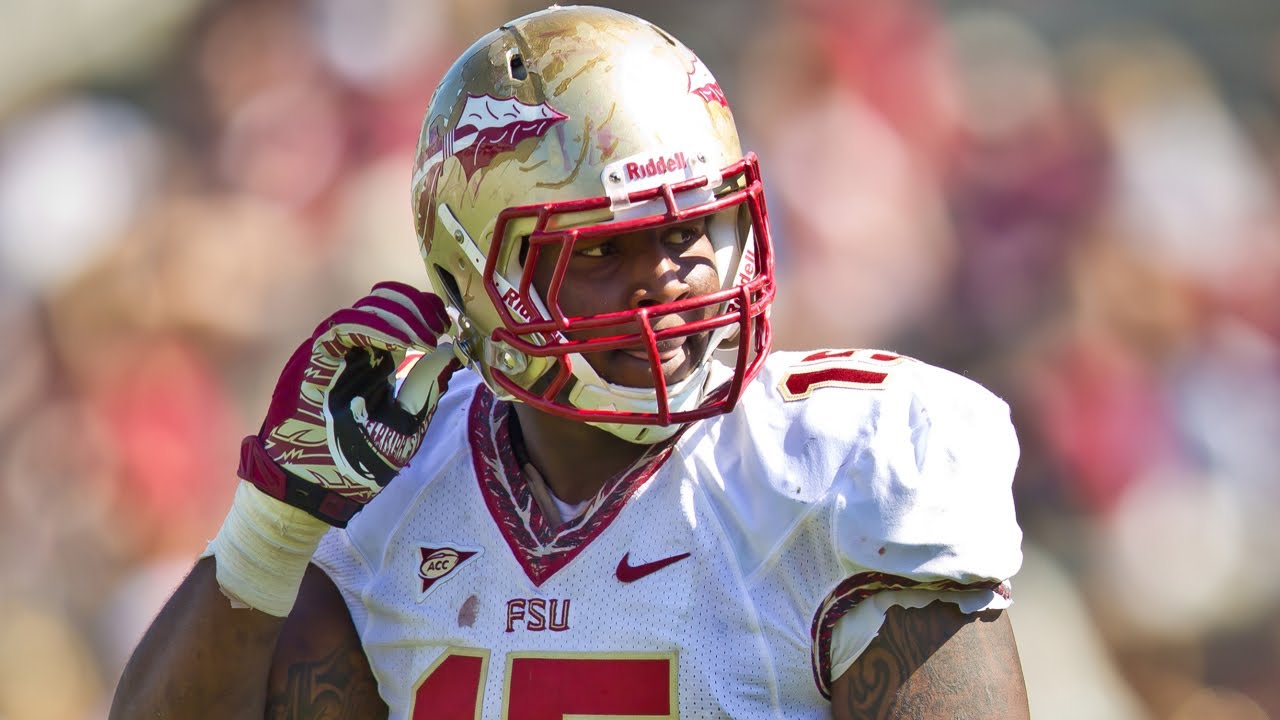 With their second round pick, the Oakland Raiders selected Mario Edwards, Jr. out of Florida State. A defensive end without a lot of pass rush production in college is not exactly what people thought the Raiders were going to do with that pick. Two of the biggest needs the Raiders had going into the draft were at wide receiver and edge rusher. They fulfilled the wide receiver need with Amari Cooper in the first round but did not get a pass rusher in the second.

In three years at Florida State, Edwards has totaled a whopping eight sacks. He did have 23 tackles for a loss including 11 last season which is great but the Raiders need more of those tackles behind the line of scrimmage to end with the Quarterback with his face in the grass. He is very athletic for his size and in some ways reminds you of a typical Al Davis pick, an athletic guy who still has a lot of refining to be done in his game. Tell me Al Davis wouldn’t have loved this.

One of his goals for the lead up to the draft was to show teams that he could be a pass rusher. He lost a good amount of weight in an effort to be faster at the combine and this has led some to believe he will be a much better pass rusher at the next level.

The Raiders are hopeful because his college defensive line coach, Sal Sunseri, is their current linebackers coach. Clearly the Raiders heard all he had to say about Edwards and liked what they heard. If they can get him to live up to his potential, the Raiders have a guy who has the physical attributes of a first round prospect.

There were more NFL ready options on the board like Preston Smith who can rush the passer now and do well in the run game. Some believe Edwards has a much higher ceiling than Smith but the Raiders could use some help now as well. The pick could pay off big dividends for the team but we likely won’t know for another few years.