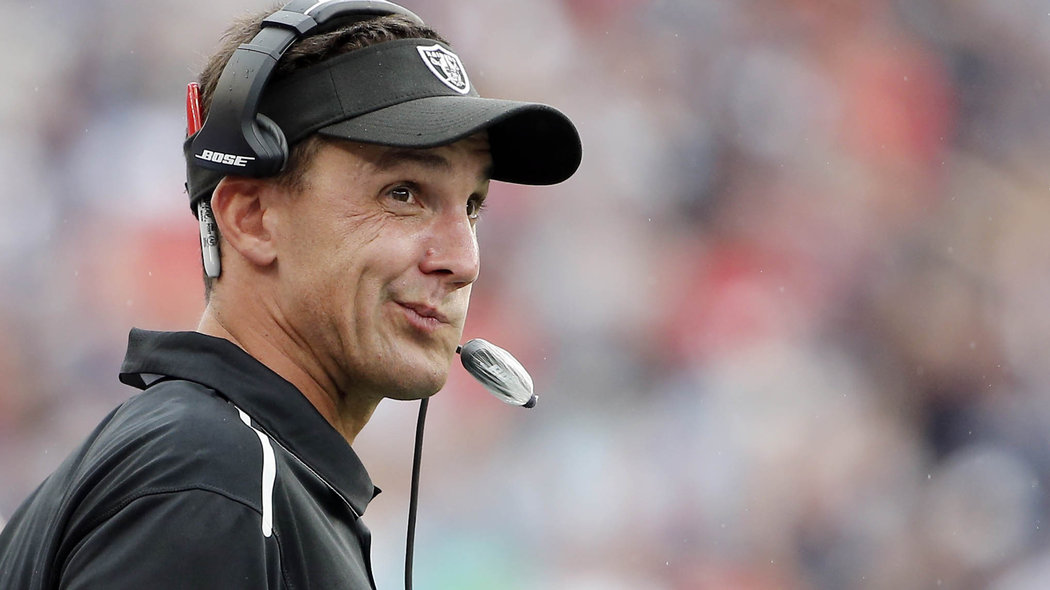 Some fans got their hopes up when the Oakland Raiders flashed some decent play in New England. Those people won’t make that mistake again after the performance put on by the Silver and Black across the pond in jolly old England yesterday.

The Raiders came out and went 74 yards on 10 plays to score a touchdown on the opening drive of the game. Then they simply stopped playing. After falling behind to an early 7-0 deficit, the Miami Dolphins scored 38 unanswered points and absolutely buried the Raiders. Miami didn’t have to punt the ball until the fourth quarter, as quarterback Ryan Tannehill looked like an All-Pro against the inept Raiders defense and the Dolphins gained over 150 yards on the ground.

Once again, the Raiders found themselves looking inept in every way possible. Aside from that opening drive, there are no positives to take away from this game. There was no individual standout who played hard in spite of the mess surrounding him. There is no solace in the team staying healthy, as starting quarterback Derek Carr will now likely missed significant time with a high ankle sprain and a sprained MCL.

The only solace Raiders fans will find is in the fact that they have a bye week coming up (think spring break for Raider Nation) and that when they come back from the bye, Dennis Allen will likely no longer be with the team.

Would firing Allen really make any difference for this team? No, probably not. The group is so bad that it won’t be able to truly improve until it gets at least one more offseason to gel and add some more talent. So why would fans find solace in firing Allen? First of all, it’s somewhere to direct anger. I know that is not the most logical of reasons, but truth is truth. Fans (and possibly players) will get a sense of relief from feeling like someone, ANYONE, is paying for the travesty being forced upon them.

And there is the unmistakable truth Dennis Allen is clearly not the answer. Four games into the third year of his tenure with the Raiders and things are only getting worse. There is no improvement from the team and no hope that any improvement is impending. As the saying goes, if you aren’t part of the solution, you are part of the problem. Allen’s time with the Raiders is clearly coming to an end in short order — there may not be many benefits to firing him now as opposed to at the end of the season, but there aren’t many benefits to keeping him around much longer either.