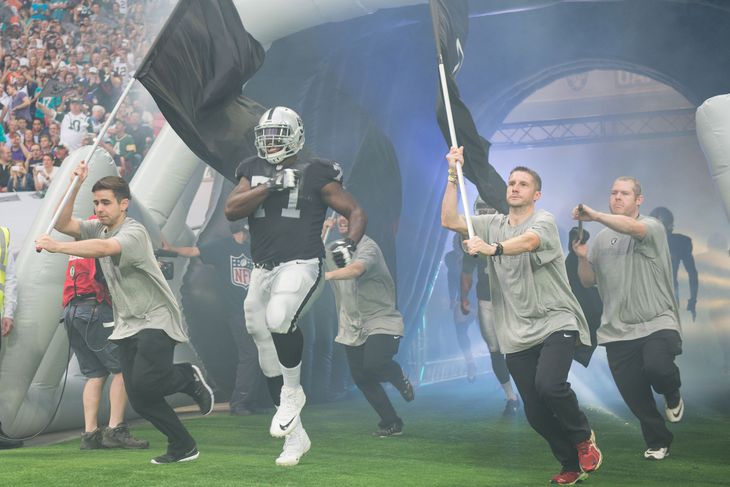 The Oakland Raiders, like all NFL teams, frequently send players out to do charity work. It’s also not uncommon for players to organize community events on their own time, putting together camps or fundraisers for good causes. You even see guys like Andre Johnson dropping more than $16,000 on toys for needy kids. But rarely do you see someone being as generous as Raiders tackle Menelik Watson.

After meeting a four-year-old with a heart condition through Jay Glazer’s Touchdown Dreams program, Watson decided to donate his Week 16 paycheck to the family in order to help them with expenses. For Watson, that check would be $36,644.00. Unlike Johnson who signed a contract worth more than $62 million, Watson, who was a second round draft pick in 2013, only makes just over $622,000 this year.

Though he was drafted to be the heir apparent at left tackle, Watson has struggled with injuries and inconsistent play. As a result, he has not yet earned a role as a starter and could be looking a short career dead in the face. Despite plenty of talent and physical ability, Watson may not be much more than be a guy who barely hangs onto NFL rosters if he doesn’t start to show improvement. This fact makes it even more admirable that he was willing to part with such a large amount of money, given the uncertainty about his career. Watson may not have shown himself to be a great player on the field, but he is showing himself to be a great person off the field.