If there was a theme to the Sharks’ victory over the Coyotes on Friday night, it was that the night consisted of several successful debuts.

Yes, the night was easily stolen by the return of Raffi Torres, and showcased by Alex Stalock in one of the best performances he has had in net since early last season. But preseason debuts from Joe Pavleski, Joe Thornton and Marc-Edouard Vlasic also contributed to San Jose’s 3-1 win.

Maybe I wrote too many negative things last season, but it feels odd that San Jose seems to improve with each passing day of training camp. Friday might have consisted of different lines than San Jose’s previous tilt, but it was another reflection of the positive steps the Sharks are taking.

“We’re making progress. There are some good things going on,” head coach Peter DeBoer said very matter-of-a-factly after the game, before adding that there’s still “a lot of room for improvement, a lot of work to be done.” My top pick on the evening for a player that looked like he has already improved on last season was Stalock. The Sharks kept the puck out of their own zone for a good chunk of the first period, but when it did get close to their net, No.32 was the real standout. He didn’t falter in his debut in net, playing with the confidence and and zeal he exuded early last season before he was sidelined due to a knee injury.

The netminder broke down his objectives heading into the new season: “Patience, letting the puck come to me. Be confident in my reactions, and the way I read the play, and don’t chase.”

That patience got Stalock the win, and possibly gave hope that he’ll have a more productive season.

Speaking of players that will hopefully have a more productive season… 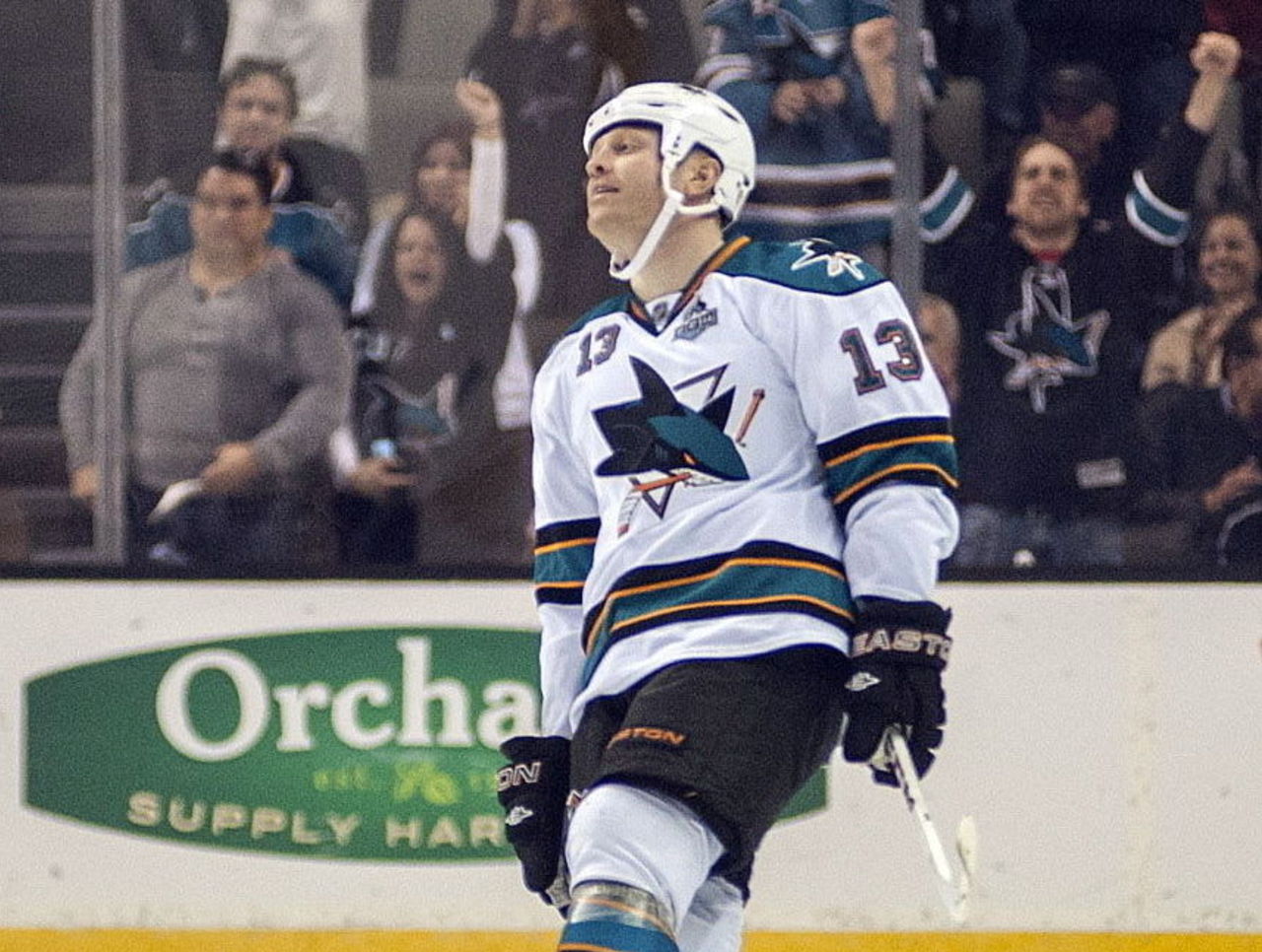 Thinking back to how fans booed Torres when he first arrived in San Jose still makes me chuckle. All that might as well be ancient history, as the crowd greeted him with thunderous applause when his name was announced in the starting lineup on Friday night.

“The fans are great, that definitely felt pretty good” Torres said in recalling how much the all-around support he has gone through to come back from multiple knee surgeries. “I didn’t realize how much I love the game until (I couldn’t) play it anymore. I had a lot of support along the way.”

“It’s been a long road for him,” DeBoer said. “He has put in a lot of frustration.”

That frustration came out just a few minutes into the game when the agitating forward ran over Arizona defenseman Nicklas Grossmann. One of the biggest downfalls for the Sharks over the last year-and-a-half is that they were missing that extra edge that Torres brought to the lineup, and it showed during his first appearance that he can bring that grit back full force. All it took was for him to be healthy enough to get back out on the ice.

“The summer was all about conditioning,” Torres explained. “But there is no conditioning like going out and playing the game of hockey.”

Brenden Dillon put the Sharks on the board with a trick shot just in the opening frame that bounced right by goalie Anders Lindback to give San Jose the early 1-0 lead.

The home team’s ability to convert on the man advantage paid off in the second stanza. Vlasic’s laser shot from the point deflected off of Pavelski’s stick past Lindback to put San Jose up 2-0.

Arizona’s lone goal came courtesy of back-to-back penalties at the tail end of the second frame when the puck squeaked past Stalock with just 28 seconds left to play.

But the Sharks didn’t let the lead get away from them. Youngster Joonas Donskoi had a beauty of a rebound goal in the third period to put Team Teal up 3-1 and strong play from Stalock kept the puck from finding the back of San Jose’s net again.

DeBoer already having a positive impact after Sharks’ first day of camp
Joel Ward: “Luckily we have a few more games to work things out.”
To Top